Japanese man asks himself: Was I Turkish in another life? 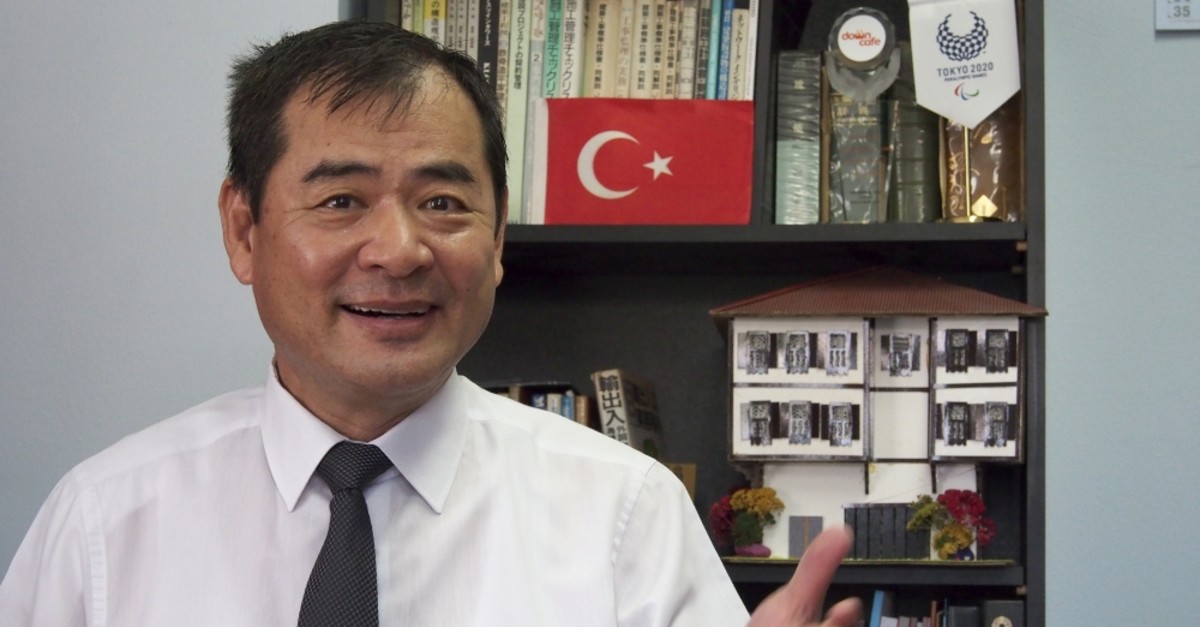 Yoshinori Moriwaki said he has visited at least 58 cities in Turkey, with Safranbolu, in the central province of Karabu00fck, among his favorites.
by Anadolu Agency Aug 27, 2019 12:03 am

After visiting Turkey 29 years ago for business, Yoshinori Moriwaki, a Japanese architect and earthquake specialist decided to make Turkey his home by settling down in Istanbul.

He came to Turkey in 1990 to take part in a hotel construction project that would last a year. "The process was further extended," Moriwaki told Anadolu Agency (AA), "and now, I've been here for 29 years."

Moriwaki was part of a group of 15 people, who came to Istanbul to take part in the project, but he was the only one who stayed behind. "When I travel to Japan, I want to return to Turkey after a week. My friends used to call me 'half Turkish,' but now they say that I am actually a Turkish guy," said Moriwaki. "I will live out the rest of my life in Turkey."

"I often travel to England or Germany, but I have been met with cold attitudes there. Here in Turkey, people are hospitable and friendly," he said.

An admirer and cook of Turkish cuisine, Moriwaki said his favorite is etli ekmek or meat-filled bread, a specialty from central Turkey's Konya, and yaprak sarma or rice-stuffed vine leaves.

He also mentioned the shared traditions of Turkey and Japan, like taking shoes off while entering the home and the floor table.

"If a neighbor brings us some food on a plate. It is not appropriate in Japanese culture to give the plate back empty, just like in Turkey. So, I cook yaprak sarma or sushi and fill the plate with them," he said.

Moriwaki learned the Turkish language when he was working at the construction site by talking to Turkish workers.

"They used to tell me about some things. People in Turkey like to explain and talk very much," he said.

The Japanese man shared some experience with language and communication. "When you go to England, let's say the salt on the table is far away and you ask someone to pass you the salt. If one of the words you use is incorrect, it is not understood."

"But even if you use one letter in Turkish, the Turkish person shows many things on the table and says, 'This one? That one?' They help you until you find the salt. These are the characteristics of the Turkish people. They are warm and friendly."

Married to a Ukrainian woman, Moriwaki's 11-year-old son speaks Russian and learned Turkish in the kindergarten.

Moriwaki said he has visited at least 58 cities in Turkey, adding that Safranbolu, in the central province of Karabük, is among his favorites.

Safranbolu, an Ottoman-era city in Turkey, was an important stop on the main East-West trade route around the region. The city's iconic sites of the Old Mosque, the Old Bath and Süleyman Pasha School (Medrese) were built in the early 13th century, according to UNESCO. "When I visit Safranbolu, I feel really happy. I've even asked myself: 'Was I Turkish in a previous life?'"