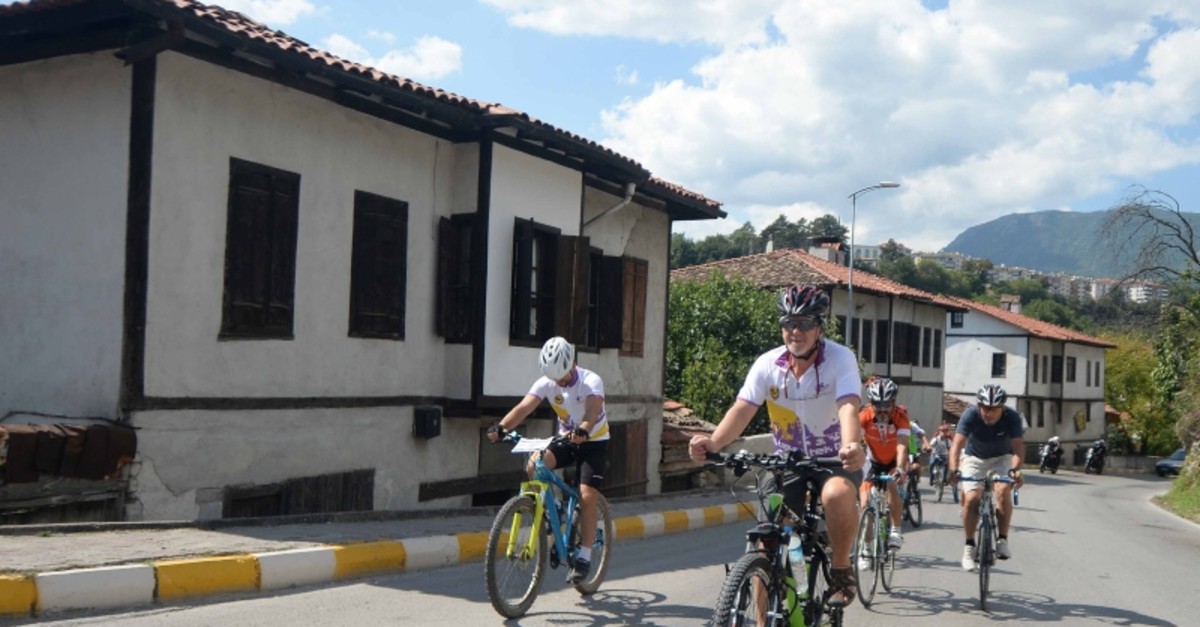 International Cycling Festival, which is being held in the historic Safranbolu district in Turkey's northern Karabük province for the first time this year began Thursday with a ceremony.

Some 120 local and foreign cyclists participating the festival organized by the Karabük Cycling Association gathered in the Aslanlar Square in Safranbolu, which is included in the UNESCO World Heritage List and is famous for its well-preserved historical buildings that include Ottoman era-houses, mosques, inns and Turkish bathhouses.

Speaking at the ceremony Mayor Elif Köse said that they are happy to host such a pleasant festival, as she thanked those who contributed to the organization.

Setting off from the Aslanlar Square, the athletes passed through the historic district on their bikes and reached the Yazı village outside of the town center where they set up a camp.

The festival will continue until Aug. 31.