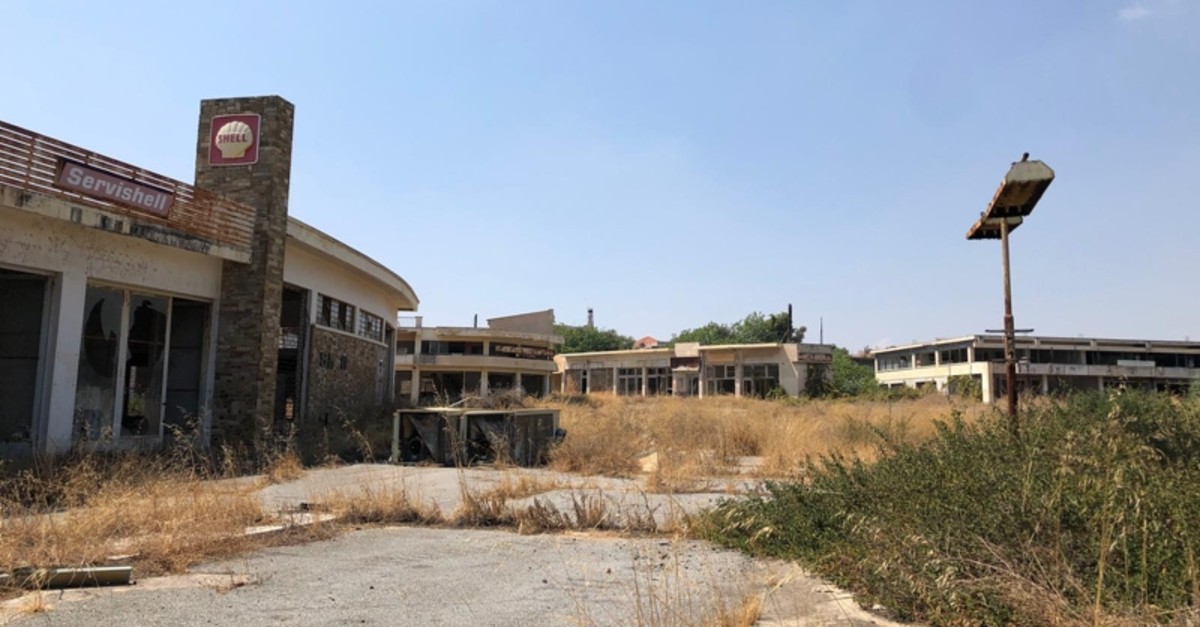 A group of Turkish journalists Thursday visited Varosha (Maraş), a former tourist resort in the Turkish Republic of Northern Cyprus (TRNC) that has been closed to visitors since 1974.

The visit was organized by the Office of the Deputy Prime Minister and the Foreign Ministry of the TRNC.

Special guides accompanied the Turkish journalists during the excursion through the ghost town, where entry is forbidden, with the exception of Turkish army personnel.

Turkey's Justice Minister Abdulhamit Gül also made a trip to Varosha on Thursday.

The TRNC government on June 18 announced its decision to conduct ownership inventory work in Varosha as it plans to reopen the once-bustling tourist destination for settlement in the near future.

The city is protected by a 1984 U.N. Security Council resolution, stating that the empty town can only be resettled by its original inhabitants.