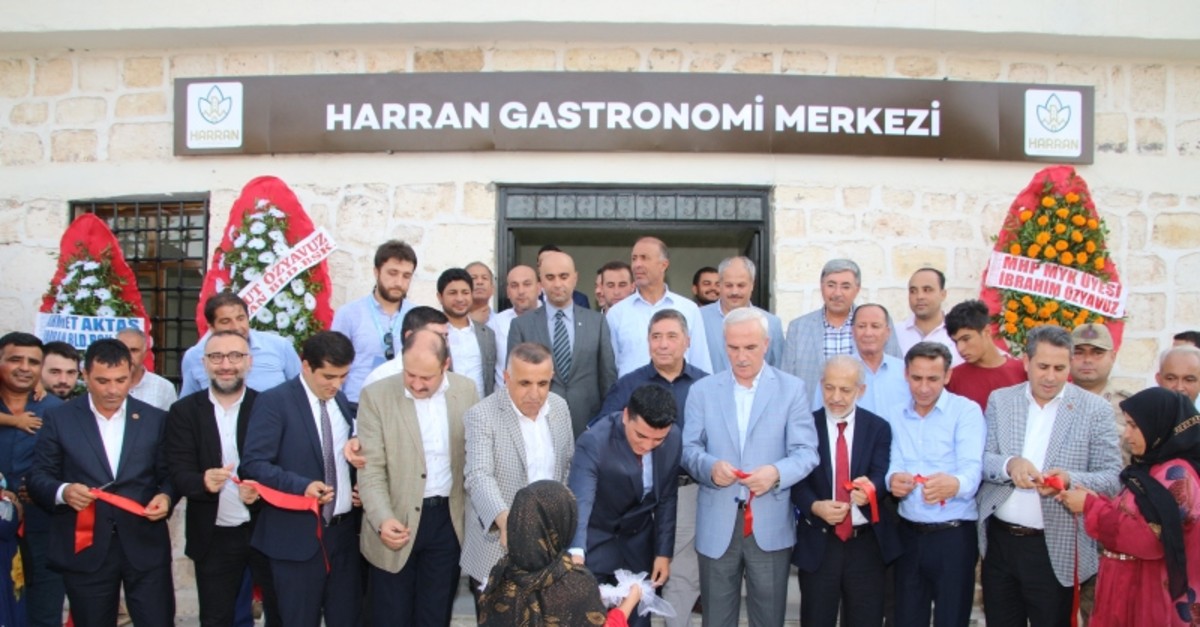 A gastronomy center and an observatory were opened in the historic Harran district of southeastern Turkey's Şanlıurfa province with an inauguration ceremony held Friday.

Thanks to these newest additions, astronomical observations and academic studies will be carried out in the district, which is among the first "observation places" in the world, while the Harran Gastronomy Center will serve visitors local dishes deeply-rooted in Mesopotamian culture.

The facilities, which are located near the ancient ruins in the historic district, are expected to attract many tourists.

Speaking at the inauguration ceremony, District Governor Ömer Faruk Çelik said that the Mesopotamia region has always been a center for gastronomy as well as astronomy.

Çelik said they built the facilities to showcase the region's culture and long history with a modern take, adding that they are planning to provide the necessary infrastructure for young students that want to pursue careers in these fields.