Natural beauty of pristine Lake Salda to be preserved 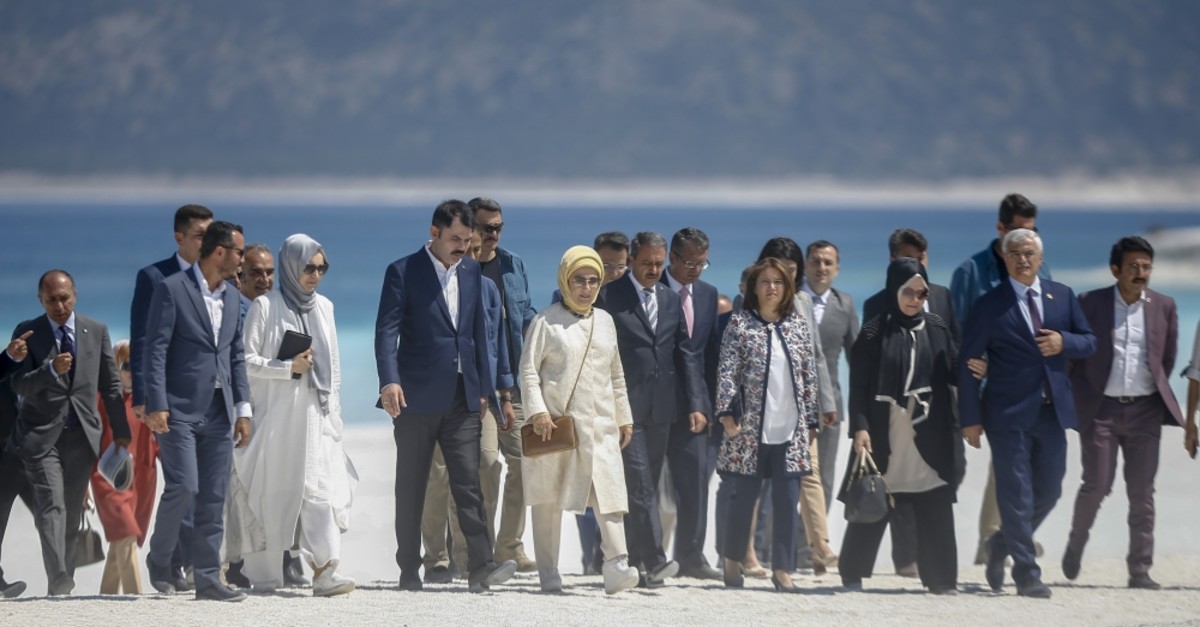 Lake Salda in western Turkey is often called "Turkey's Maldives" for its white sandy shores and turquoise color. In a recent step to preserve its beauty, local authorities said they will preserve the area in its natural state. Social media users had expressed concerns that increasing interest by visitors and planned maintenance work on its shores was endangering the lake.

First lady Emine Erdoğan was among the visitors to the lake in the western province of Burdur yesterday as a guest of Environment and Urban Planning Minister Murat Kurum. She told reporters during her visit that critics claimed the lake would lose its beauty because of the ministry's work.

"I conveyed those concerns to the minister and he assured me that it wasn't the case and invited me here to see what it was before and what it is now," she said.

The first lady said she was pleased to see the preservation work.

Last month, authorities restricted road traffic and construction around Lake Salda and a 295-kilometer area around the lake has been declared a protected area. Also, no construction will be allowed 500 to 600 meters off the lakeshore, other than showers, changing rooms and a mosque.

The first lady suggested the parking lot may be relocated further from the lake.

Murat Kurum said that they would not allow any construction near the protected area and would monitor every activity that could spoil the lake. Kurum said the 184-meter lake was surrounded by 300,000 endemic plants and its shores are home to 38 different bird species. Kurum said the lake's shores were not cleaned regularly in the past but they started a regular cleaning service recently.