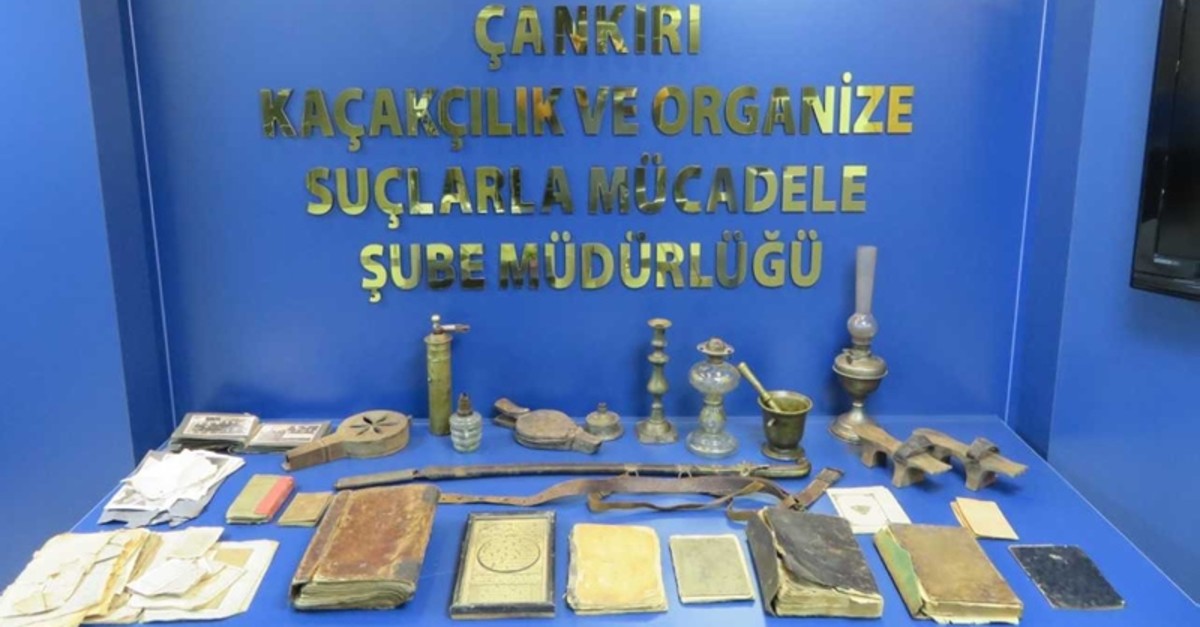 Acting on a tip-off, the anti-smuggling branch of the Çankırı Police raided a house located in the city center.

Police seized various historical artifacts including eight Ottoman-era manuscripts, a sword and nine other objects during the operation.

The owner of the house identified as A.Y. was detained in relation to the smuggling incident while the historic artifacts were delivered to the Provincial Culture and Tourism Directorate.

The issue is crucial to a country that is home to about 3,000 ancient cities from 42 civilizations and whose tourism industry relies on its rich historical heritage to attract millions of foreign visitors each year.