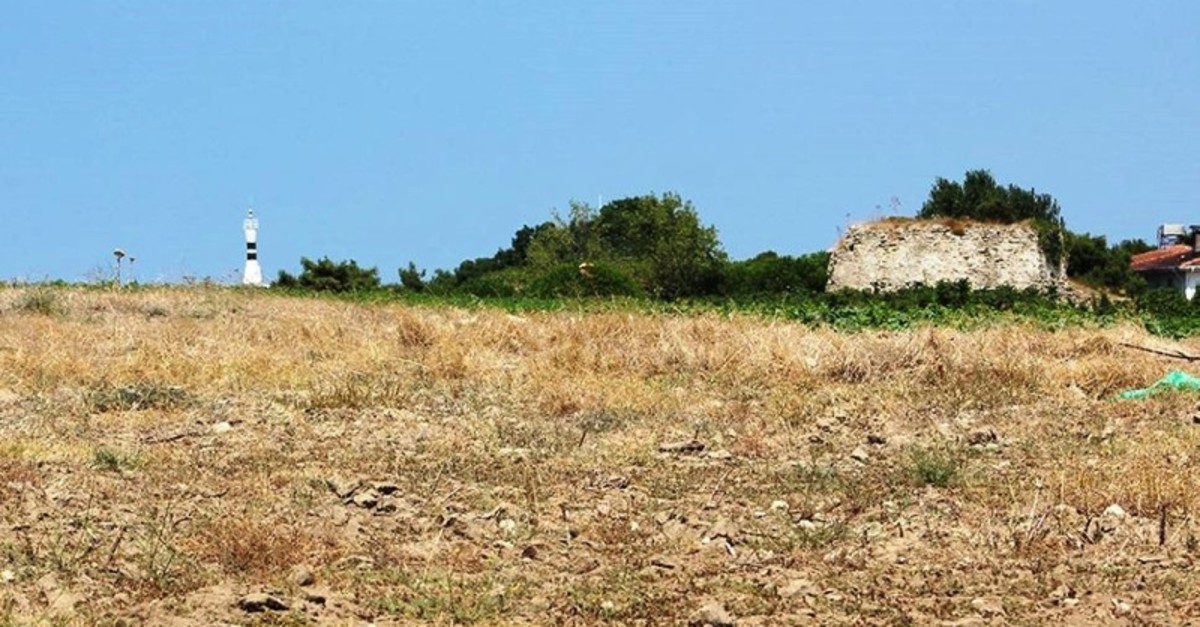 The exact location of the Kumkale War Cemetery (Kumkale Şehitliği), where some fallen Turkish soldiers were buried during the Battle of Gallipoli in northwestern Turkey's Çanakkale, has been pinpointed thanks to lengthy research carried out in the region.

The coordinates of the war grave were determined through an ongoing project (Anadolu Yakası Şehitlikleri İhya Projesi) to recover military cemeteries on the Anatolian side of Istanbul, initiated by the governor's office.

Although it was previously known that 467 soldiers were killed at Kumkale, where French troops landed during the Battle of Gallipoli, the exact place where their bodies were buried was not known.

The works, consisting of fieldwork and research via military documents, further revealed that the total number of fallen soldiers in Kumkale was 619, including five staff captains and three lieutenants.

The Çanakkale Strait was a critical waterway for the Allies during the war as it is a gateway between the Black Sea and the Aegean Sea. March 18 is the day when the primary assault by the Allied troops started after a naval attack by the British and French navies in February 2015. Despite heavy casualties, outnumbered Ottoman troops managed to fend off the Allied forces in what is viewed as the last major victory for the collapsing empire.

The victory delayed the eventual invasion of the country by western powers, and the resilience of outgunned troops also inspired Mustafa Kemal, a commander in the Çanakkale campaign of the Ottomans, to lead the War of Independence a few years later. Mustafa Kemal, later given the last name Atatürk, meaning the Father of Turks, would go on to found the Republic of Turkey after he managed to mobilize the public to take up arms against an enemy invasion.