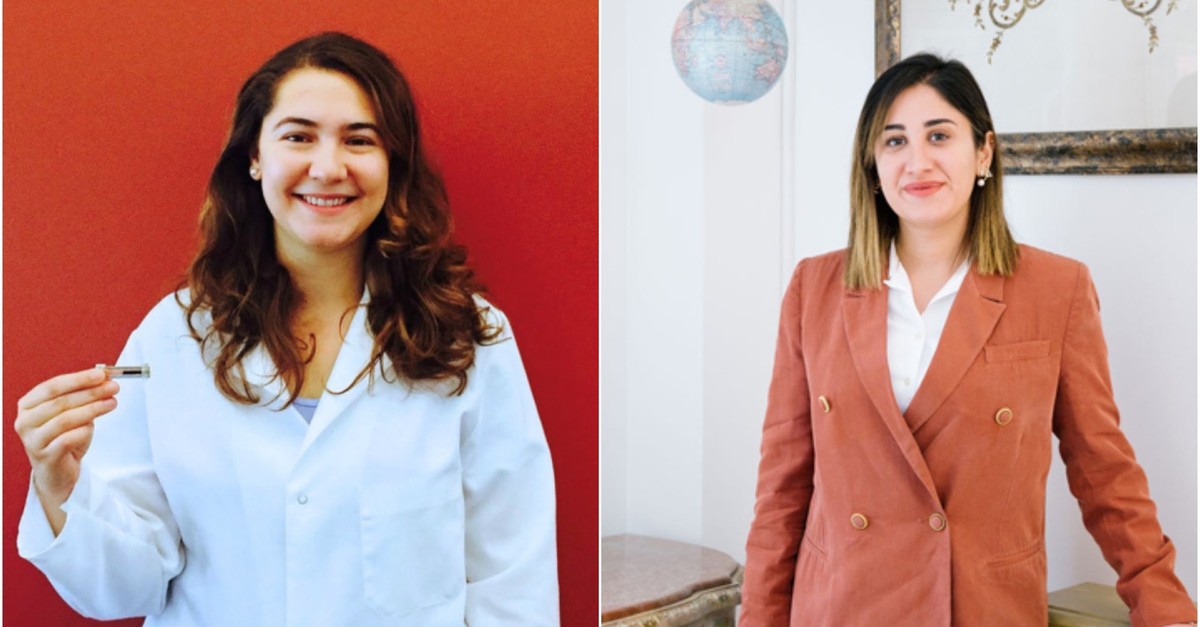 Two Turkish women have been chosen to the Junior Chamber International (JCI)'s "Ten Outstanding Young Persons of the World" (TOYP) honorees list this year for their contributions to the scientific world as well as their entrepreneurship spirits and initiatives.

Dr. Gözde Durmuş, who has developed an early-diagnosis technology with her team at Stanford University, and Biological Engineer Duygu Yılmaz, who produced nature-friendly bioplastic material from olive seeds, were chosen among the 10 honorees and will receive their awards in "Medical Innovation" and "Business, Economic Development and Entrepreneurial Accomplishments", respectively, at a ceremony set to be held in Estonian capital Tallinn on Nov. 7, Turkish daily the Hürriyet reported Wednesday.

Durmuş, who is an assistant professor at Stanford University's Radiology Department, established her own laboratory and has been working on early diagnosis techniques.

She said the current techniques used to diagnose and treat many diseases were lengthy and not sufficient, and hence she aimed to develop new technologies that will be much more effective and be available to everyone.

Pointing out that she has been specifically working on cancer-related issues, Durmuş explained: "During my studies at Stanford, we developed a magnetic microchip technology that can detect biological changes in cells in a very fast, simple and cost-effective way."

Stating that each cell, including red blood cells, white blood cells, cancer cells and bacterial cells, has its own magnetic property, Durmuş explained that a simple blood test can detect and dissociate rare cells in the blood in less than 20 minutes with their measurement technique, providing a quick and easy way to diagnose cancerous cells.

Durmuş added that the sensitivity of cancer cells to drugs can also be detected via the technique, noting: "This development will enable the early detection of cancer and the use of patient-specific, personal treatments. We have tested this technology on blood samples from lung, pancreas and kidney cancer patients, and the results have been exciting."

However, she said they still needed some approvals, which may take anywhere from five to 10 years, to create a product incorporating the technique.

Yılmaz, the second Turkish young woman on the list, said she started doing research on olive seeds after seeing her father eat a pit to ease his stomach after breakfast.

Stating that she was receiving entrepreneurship courses at Istanbul Technical University Teknokent back then, Yılmaz explained that at first no one believed that she and her two other friends and coworkers would produce a biodegradable sustainable plastic alternative using olive seed waste.

"But we worked tirelessly," she said, noting that the biggest advantage of their product was that it can be biodegraded by nature within a year and does not contain carcinogens and toxic substances, therefore preventing harm to living and marine organisms and a step in eliminating plastic waste.

Graduating from Istanbul Aydın University's Food Engineering Department, Yılmaz also majored in the Chemistry Department of Istanbul Technical University (ITU) as her second bachelor's degree. She received a post graduate degree in business administration from ITU as well, and has been working for her own brand Biolive since then. Her company has received over 20 international awards, including recognition from Mercedes-Benz and Chobani, for its entrepreneurial and environmental contributions to society.