355 meters of snakeskin seized from passenger's luggage at Istanbul Airport 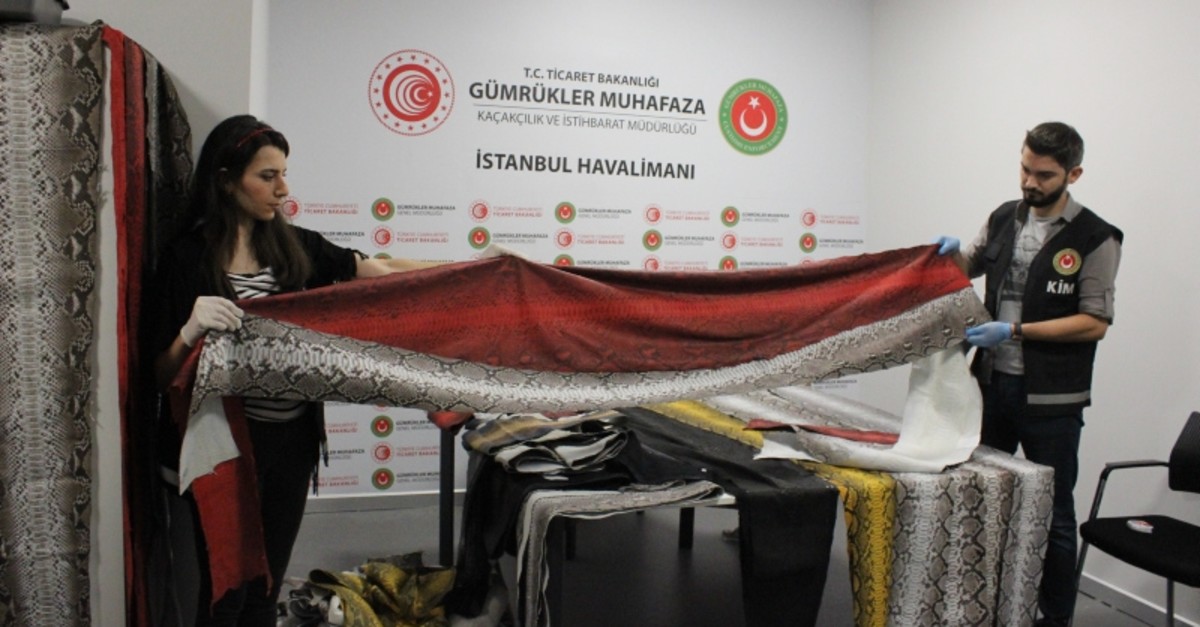 Turkish customs and anti-smuggling officers seized 93 pieces of snakeskin, which when combined reached a lengthy 355 meters, from a passenger who tried to smuggle it in checked baggage at Istanbul Airport (IST) Wednesday.

Following an initial investigation, customs enforcement and anti-smuggling units made a risk assessment for incoming passengers and their baggage. An Indonesian passenger who was set to arrive Istanbul on a Saudi Arabia Airlines flight was determined to be risky and was taken under surveillance.

After x-ray scans of the suspicious passenger's baggage showed that the bags were heavier and denser than they should have been, security forces intercepted and searched the bags of the suspect who had walked through the green channel, which is for passengers not carrying any prohibited / restricted items and have nothing to declare.

A forensic investigation related to the incident is still ongoing.

Snakeskin leather is commercially illegal under the convention on international trade in endangered species of wild fauna and flora (CITES).