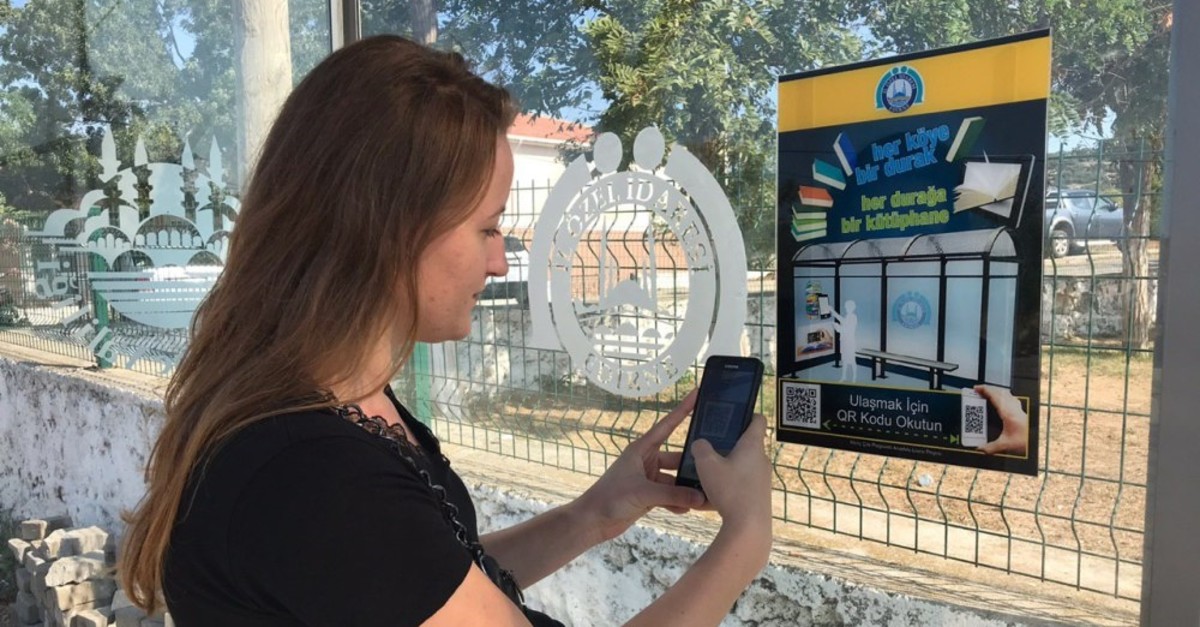 The governorate of Edirne, a northwestern Turkish province on the Greek border, has put an end to the boredom that can arise while waiting for buses. Bus stops in 256 villages across the province are now fitted with access to e-books. Passengers simply scan a QR code on screens installed at the bus stops with their smartphone and read any book they want from an online library.

The "A Stop for Every Village, A Library for Every Stop" program is run by the Provincial Special Administration, a branch of the governorate providing a diverse array of public services in the province. Alaaddin Uğur, secretary-general of the administration, says the project is the brainchild of Edirne Governor Ekrem Canalp. "You only need your smartphone or tablet computer to read and make your waiting time worthwhile," he told Anadolu Agency (AA).

Uğur said the screens were originally installed for public service announcements or other announcements the governorate is mandated to disclose to the public. "In the past, village headmen would put those documents on boards in coffeehouses in the villages, but some people, such as women, would not be aware of them as it was rare for women to go to those coffeehouses. We decided to install screens here instead," Uğur said, adding that they later installed e-books on the digital screens. İlhami Akgül, the headman of Yenice, one of the villages where bus stop libraries are installed, says the library proved popular among villagers, especially the youth. "We are glad to see people spending their waiting time reading books. The bus stop was placed between two schools, so students traveling to schools from other villages can read books while waiting for their buses," he explained.