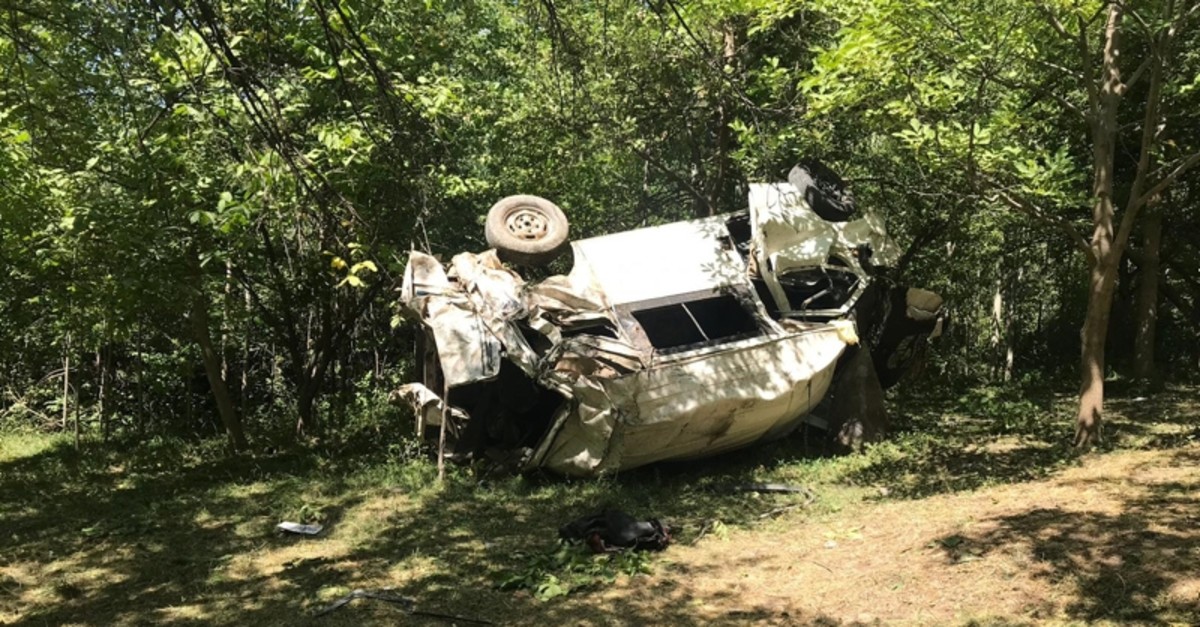 A minibus carrying villagers in eastern Turkey's Bitlis province steered off the road and fell into a ditch, killing 10 people and injuring seven others.

The accident took place near Kalkanlı village, some 40 kilometers away from Hizan district center.

The wounded, some in critical conditions, were rushed to the Hizan State Hospital.

At least six of the deceased were from the same family.