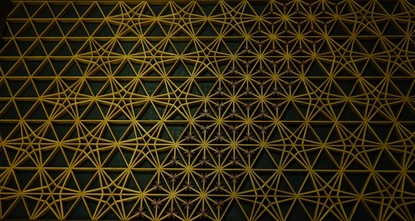 A Turkish craftsman has been carrying out the centuries-old traditional Japanese wood art Kumiko in Turkey's western Balıkesir province for almost four years, creating an array of exquisite woodworks of all sizes.

Erol Başsay, who lives in the province's Edremit district, has been interested in Kumiko — the art of wood setting used in sliding doors, partitions and other interior installations and decorations — for about four years, a new interested he picked up after 18 years of working as a trainer at basketball youth setups. 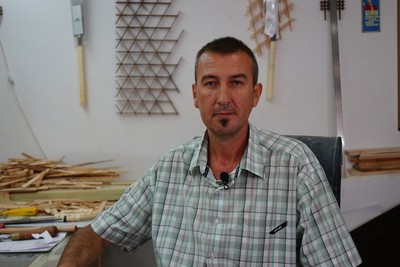 The art of Kumiko is a delicate and sophisticated technique that enables the craftsman to create objects and furniture such as coffee tables or lampshades and even buildings without using nails or adhesives. The art was first used in the structure of the Toshogu Shrine in Japan that was built upon the order of Emperor Nikko in the 1400s. However, the crafting technique is believed to have been developed in Japan in the Asuka Era (600-700 A.D.), but refined over years. 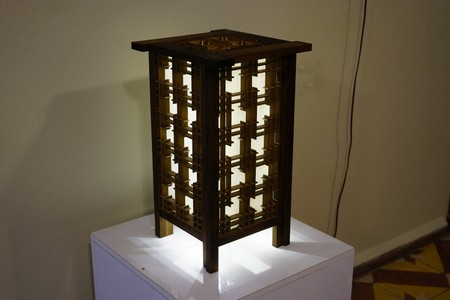 Başsay told Anadolu Agency that he first came across the ancient Japanese art via the internet and then purchased the necessary equipment online, and ever since he has been creating various objects incorporating the art, with a boardroom table and a coffee table being his most prized works.

Stating that the older generation in Japan has been trying to keep this art alive by passing it down through generations, Başsay noted that masters around 75 years of age usually carried out work with this technique, and as far as he knows he could be the only one practicing the art in Turkey.

Başsay's wooden works are displayed at the Edremit Ayşe Sıdıka Erke Etnography Museum, sold at prices starting from 800 Turkish liras ($138,18) up to 20,000 ($3,454), depending on the quality of the tree that was used in the making of the object.