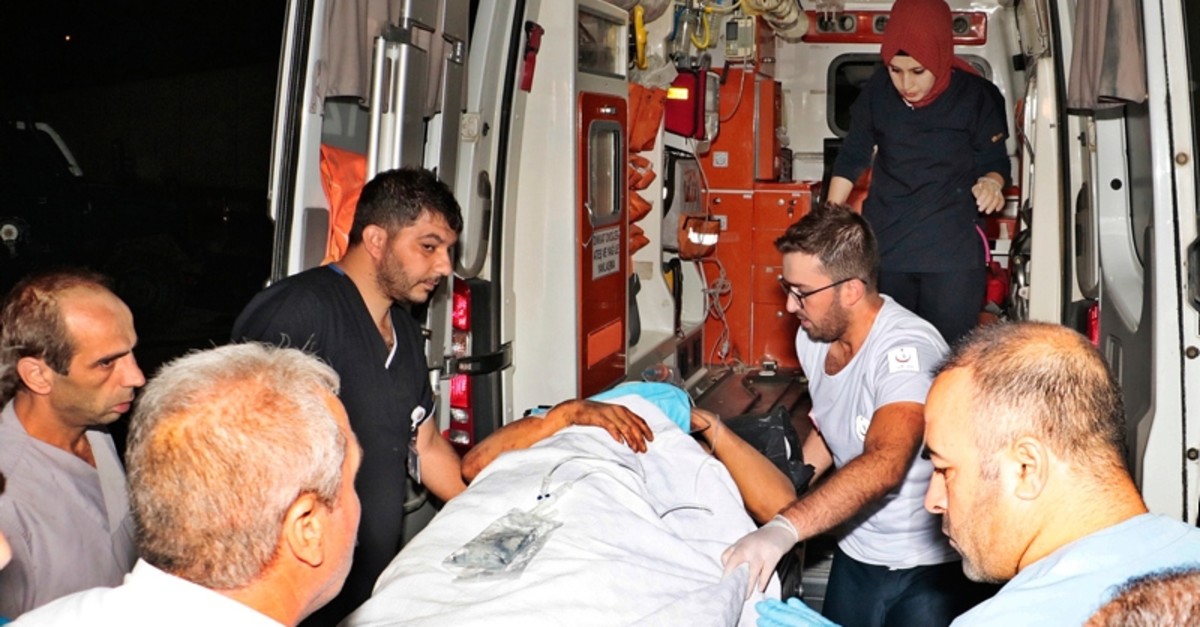 At least seven civilians were killed and 10 others were injured when PKK terrorists targeted a vehicle carrying forestry workers with an improvised explosive decide (IED) in southeastern Turkey's Diyarbakır province, the governor's office said Thursday.

In a statement, the Diyarbakır Governorate said the terrorist attack took place in the Kulp district at around 6 p.m. (05:00GMT).

The PKK terrorists used explosives to target the vehicle carrying 20 workers who were heading to the forest to collect wood, the statement added. Many medical and gendarmerie teams rushed to the scene of the explosion.

Initially, four people were reported killed in the blast and the 13 wounded civilians were taken to the Kulp State Hospital. Interior Minister Süleyman Soylu later updated the death toll to seven.

"Our seven brothers were martyred by an improvised explosives blast while the vehicle was carrying them. Rest in peace. We had 10 injured, and one was immediately discharged," Soylu said, following his visit to the injured at hospitals in the Diyarbakır province.

Soylu added that two of the injured currently being treated at Selahaddin Eyyubi Hospital were seriously wounded.

President Recep Tayyip Erdoğan on Thursday night was updated on developments regarding the attack by Diyarbakır Gov. Hasan Basri Güzeloğlu in a phone call.

The president extended his condolences to the families of those killed in the attack and wished a speedy recovered to the injured. He said that all means would be employed to apprehend the perpetrators of the deadly PKK attack.

Erdoğan also called Mehmet Zeki Yıldız, the uncle of Siracettin Yıldız, Ömer Yıldız and Abidin Yıldız who were killed in the attack, as well as Kutbettin Ay, who lost his son Ahmet in the heinous blast.

Arrest warrants were issued for four suspects as part of the investigation launched into the incident. Mayor Mehmet Fatih Taş from the pro-PKK Peoples' Democratic Party (HDP), suspects identified as A.K., the district chairman of the (HDP), and S.A., the director of the civil works of the municipality were among the detained upon a tip-off that a municipal vehicle was spotted in the area shortly before the blast. Security forces have resumed efforts to capture one remaining suspect. Meanwhile, a larger operation to capture PKK terrorists in the region was launched.

"We condemn the terror attack in Diyarbakir province," the U.S. embassy said in a tweet, wishing speedy recovery for the injured and conveyed condolences to the families for their loss.

"We urge for the end of these heinous attacks," it said.