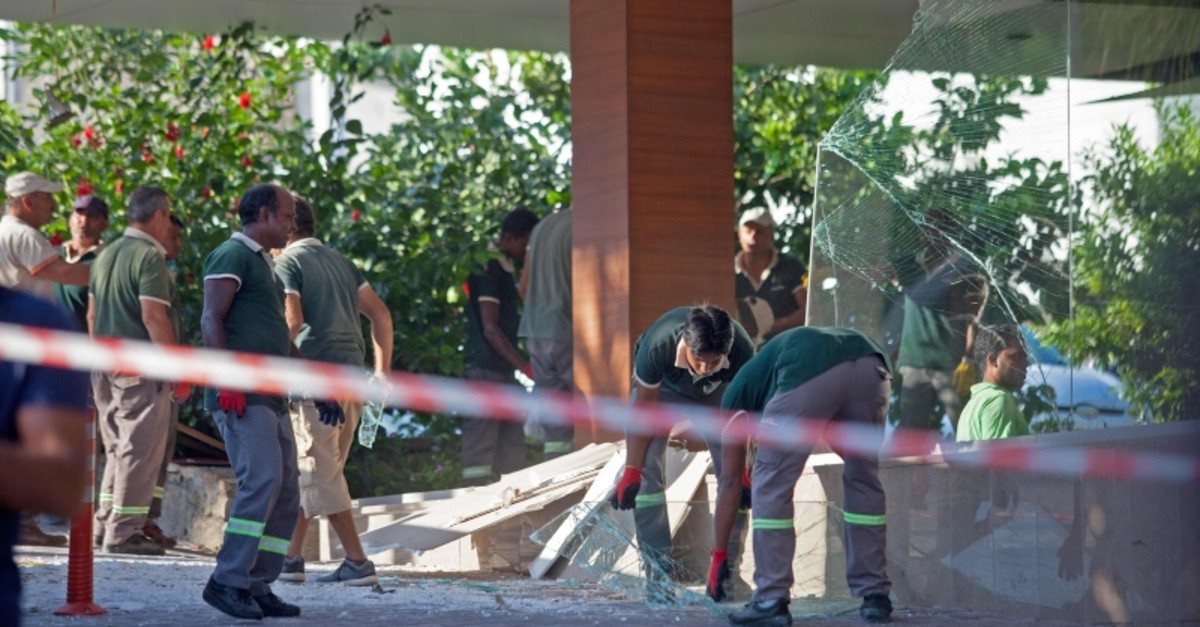 Workers at Acapulco Hotel in Kyrenia (Girne) in the Turkish Republic of Northern Cyprus assess the damage after the building was damaged when a military depot exploded nearby, on September 12, 2019. (AFP Photo)
by Compiled from Wire Services Sep 12, 2019 12:15 pm

Fires triggered by an explosion at a munitions depot in the Turkish Republic of Northern Cyprus (TRNC) have been brought under control, Turkey's defense ministry said Thursday.

In a statement, it said the explosion occurred at a depot under the Turkish army's munitions command in Arapköy village located east of the port town of Kyrenia (Girne) at 1:30 a.m. Thursday (1030 GMT Wednesday) and that there were no major injuries as a result of the blast.

Earlier reports suggested that an undetected fire that broke out in the area had triggered the explosion.

Investigators have already launched a probe to determine the blast's exact cause, the ministry said.

TRNC Foreign Minister Kudret Özersay said on Facebook that some people suffered cuts from shattered windowpanes and that electricity has been cut for those 6 kilometers (4 miles) east of Kyrenia.

People in Arapköy had initially fled the area as a precaution during the blasts but residents had started returning home, he said.

Turkish Cypriot media reported that some tourists staying at the nearby Acapulco Hotel in nearby Çatalköy were treated for minor injuries. The hotel's guests were evacuated to the beach as a precaution for possible blasts and for evacuation if necessary. 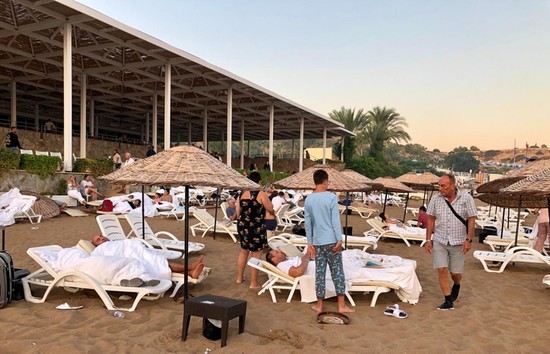 "It is pleasing that there was no loss of life in the explosions that occurred in an arsenal in the military zone in the eastern Girne," President Mustafa Akıncı told reporters after arriving at the scene along with Prime Minister Ersin Tatar and Özersay.

He said there is no reason to worry at the moment and vowed to stay in touch with Turkey and would call for help if necessary.

Akıncı also went to the Acapulco Hotel to reassure tourists and said those who have flights in the morning would be taken safely to the airport. Tatar urged calm and hoped the explosions would be soon be stopped.

Stating the importance of not losing any lives, he said the region is under the control. 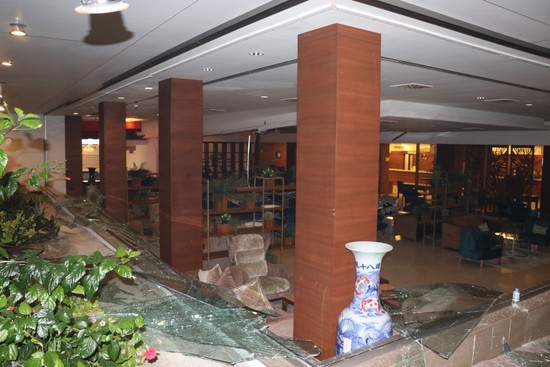 Ali Pilli, the Turkish Cypriot health minister told broadcaster BRT that only two people were hurt slightly and were treated by ambulance paramedics.

Transport Minister Tolga Atakan urged caution because the blast spread unexploded ordnance over a wide area. One of the two key roads crossing from Beşparmak (Kyrenia) Mountains and connecting Kyrenia with Mesaoria Plain and Famasgusta crosses from Arapköy.

The largest power plant of the TRNC is also located in Çatalköy.

In July, Turkish Cypriot officials said that a Syrian, Russian-made S-200 anti-aircraft missile that missed its target and reached Cyprus around 120 miles away was the likely cause of an explosion outside a village near Nicosia (Lefkoşa).

Turkey keeps more than 35,000 troops in the north.