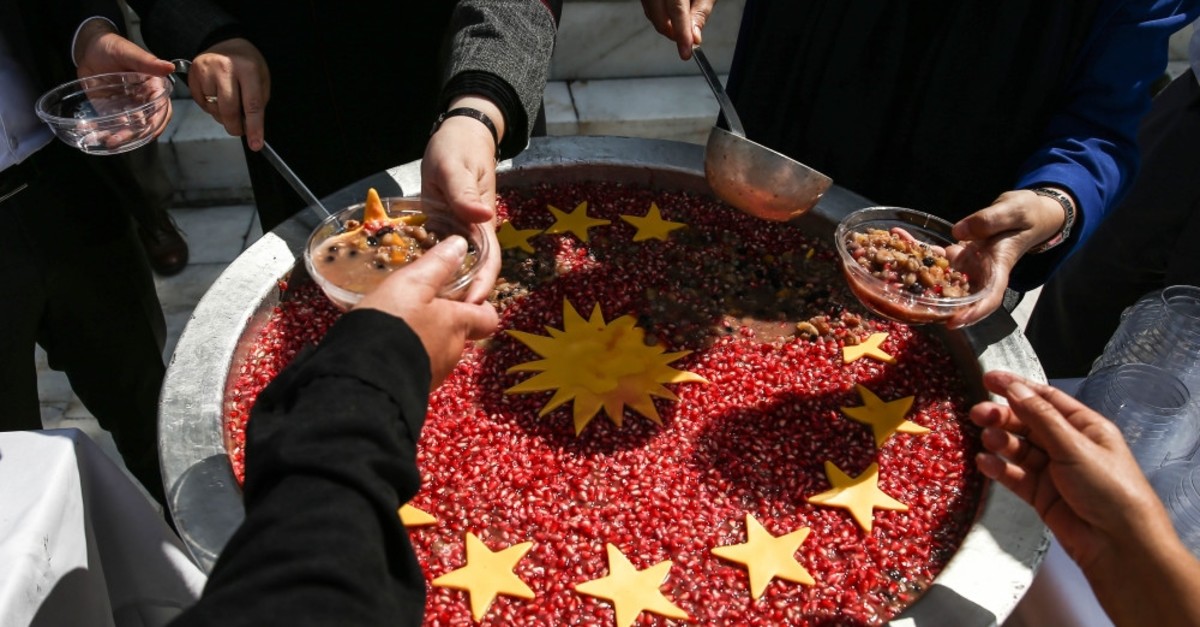 The Turkish Presidency continued its tradition of serving ashura, a dessert popular during the Muslim month of Muharram. On Friday, presidential staff served the dessert to citizens in seven cities, including Ankara, İzmir, İstanbul, Rize, Antalya, Erzurum and Diyarbakır.

Made in the shape of the presidential emblem and from a recipe by presidential chefs, the desserts were distributed outside mosques following Friday prayers.

Ashura, derived from the word for "10" in Arabic, is a religious day observed on the 10th day of the first Islamic month Muharram with traditional rituals. It was observed on Monday this year.

Muslims observe the day by serving ashura dessert, or Noah's pudding. The faithful believe Ashura is also the day Noah was saved from the flood. Nonprofit organizations and municipalities serve ashura dessert to thousands of people across Turkey on the occasion. A mixture of morsels of grain and dried fruit in a sweet pudding garnished with pomegranate, ashura is traditionally made at home and shared with neighbors in Turkey. It is also a custom to prepare it in large cauldrons to give to the poor.