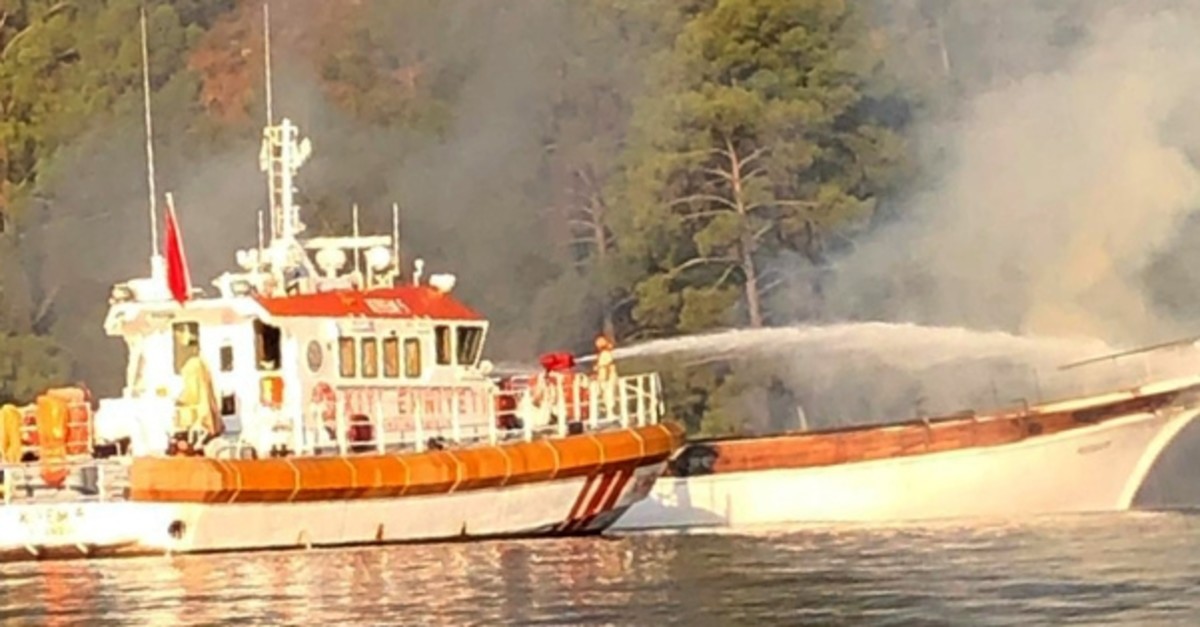 One French national died and four others were slightly injured after a fire broke out on a yacht early Monday off the coast of Fethiye district in southwestern Turkey's Muğla province.

The wooden yacht named "Medsum" was carrying 15 people at the time of the fire, the cause of which has not yet been determined. 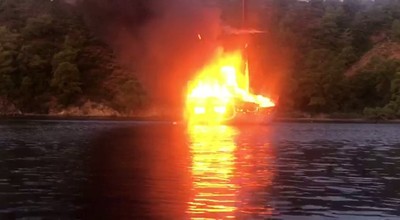 Upon notification of the incident, a Turkish coast guard ship was dispatched to the yacht.

Coast guard teams rescued 14 people who jumped into the sea during the fire, bringing them to the pier at Göcek Harbor.

The deceased was 70-year-old Bertinotti Pierre, a French national who was unable to get out of the sinking yacht. Pierre's body was recovered from the sea by divers.