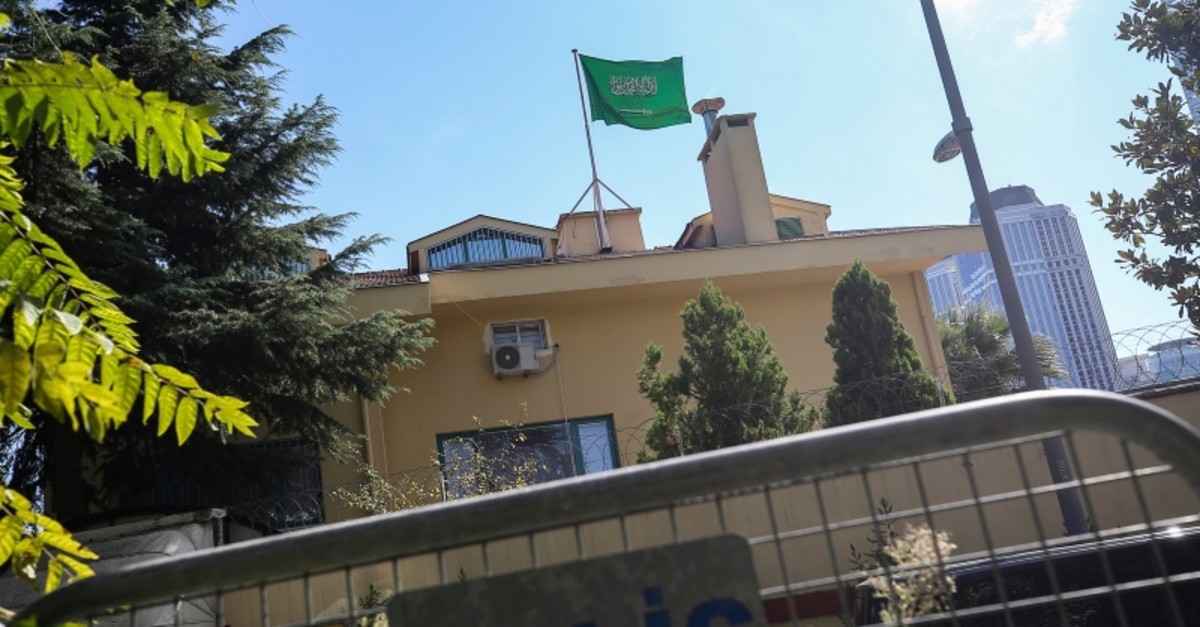 The Saudi consulate building in Istanbul's Beşiktaş district, where the brutal murder of journalist Jamal Khashoggi was committed by a Saudi hit team, was reportedly sold recently and the mission will soon be moving to a new location.

The four-story building, located in the heart of the 4. Levent financial neighborhood, was hastily sold for nearly one-third of the market price so that the consulate could exit as soon as possible, journalist Çetiner Çetin from Turkish broadcaster Habertürk said.

Accordingly, the consulate will be moving to a location near the fortress-like U.S. consulate building in Istinye neighborhood in Sarıyer district.

The building became infamously iconic after Khashoggi, a Washington Post contributor hailing from a prominent Saudi family, went missing on Oct. 2 upon entering the consulate for marriage procedures with his fiancée Hatice Cengiz. He was a vocal critic of Crown Prince Mohammad bin Salman.

Soon after his disappearance, the 58-year-old journalist's Turkish fiancée, colleagues and several Turkish officials voiced concerns that he was murdered in the consulate. Turkish authorities ruled out Saudi claims that he walked out of the building, purported with security records and footage. Ankara also shared audio recordings that belonged to the time of murder, in addition to footage and information on the 15-man hit squad's arrival and departure.

Initially denying and later downplaying the incident as an accidental killing in a fistfight, Riyadh finally admitted almost three weeks after the disappearance that Khashoggi was murdered in a premeditated fashion but denied any involvement of the royal family. The incident was blamed on lower-level officials. A Saudi public prosecutor said in late March that the death penalty would be sought for five suspects among the 21 involved in the case. Ankara has disparaged the statement as unsatisfactory and demanded genuine cooperation from Riyadh.

Khashoggi's body has not been recovered and the kingdom has remained silent on its whereabouts.

Habertürk's report said a technical team was dispatched by the Saudi foreign ministry seven days after the incident when Ankara acknowledged that there were audio records of the murder. The technical team's report was also important for the relocation decision.

The Istanbul Chief Public Prosecutor's Office is getting ready to reveal its indictment on the incident before the anniversary of the murder. The report cited legal experts saying the consulate building is still a crime scene and the prosecutor's office might seal off the building until their investigation is concluded.

Saudi authorities have been seeking potential buyers for the consul-general's residence but their efforts have been unfruitful so far, Çetin said.
RELATED TOPICS