Turkey and South Korea: A friendship built over a war 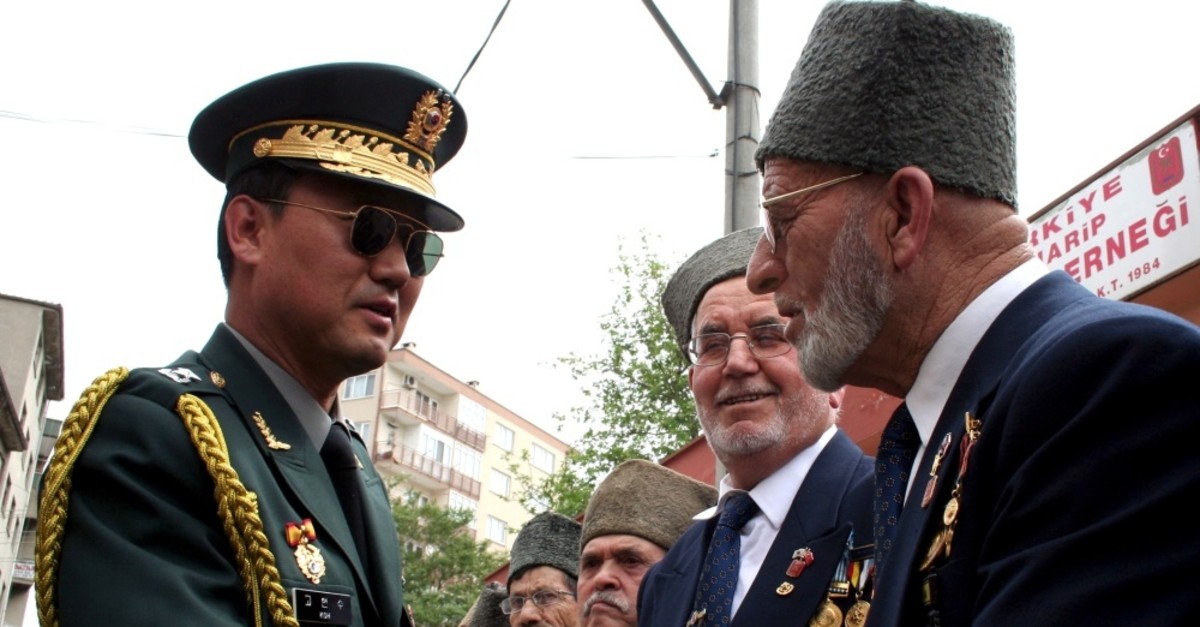 Turkey sent its first brigade to South Korea during the Korean War 69 years ago today and their relations started with its ambition to be influential in the international community, which then blossomed into a deep-seated bond

Theirs is a friendship forged in blood. Turkey and South Korea remain close 69 years after a war that changed the course of their relations. It was on Sept. 17, 1950 that a Turkish brigade departed for South Korea as the war raged between the North and South, a journey that would lead to deepening relations and mutual admiration between two nations in cultural relations. Turkey, which struggled to pursue a neutral policy during World War II and was still a fledgling republic, was seeking to cement its place in the international community when the war broke out on June 25, 1950 with the invasion of the South by the North. China and the Soviet Union threw support behind the North while the U.S.-led United Nations supported the South.

When the United Nations Security Council approved sending forces to the Koreas to help the South, Turkey decided to join. It was a process that would also help them with their NATO membership. Under the command of Brig. Gen. Tahsin Yazıcı, the First Turkish Brigade left İskenderun port in the southern Turkey on Sept. 17, 1950 and reached the port of Pusan about a month later. It would take another month for Turkish troops to reach the frontline.

Turkey kept sending troops to Korea in the ensuing month and dispatched a total of 21,212 soldiers, the fourth largest contingent among 16 countries joining the war. The war was the first abroad war experience for the soldiers of the Republic which was built on the remains of the Ottoman Empire that was defeated in World War I. Yet, they proved that the army did not lose the spirit that its predecessor had in Gallipoli or the Turkish War of Independence where they staved off an international alliance from all corners of the globe. It was the Turkish contingent that is credited with fending off six Chinese divisions around Kunu-ri where the fiercest battle was fought and they won the praise of U.N. Coalition Forces' famed commander Gen. Douglas MacArthur.

The Korean War ended with the deaths of 178,569 soldiers on the South Korean side and Turkey lost more than 900 of its soldiers, including those who went missing and those who died after the war due to battle wounds, the third-highest casualty number among the countries fighting for South Korea. Another 244 Turkish soldiers were captured but they were returned in a prisoner exchange in 1953. Some 462 Turkish soldiers were buried in a cemetery for Korean War victims in Busan.

The war endeared Turkish soldiers to the South Koreans. Turkish soldiers built a school for orphaned children in South Korea. Soldiers' bonding with orphans is perhaps best portrayed in "Ayla," a 2017 Turkish film which tells the true story of Süleyman Dilbirliği, a sergeant who befriended a Korean orphan during the war.

Military support to South Korea opened the doors to NATO for Turkey which was admitted to the powerful alliance in 1952. Five years later, the two countries established their diplomatic relations. Decades later, in 2012, Turkey and South Korea upgraded its relations to a strategic partnership. The two countries today maintain cooperation in a number of international bodies. Aside from commercial relations that reflected itself on a foreign trade volume, which reached to about $7.2 billion, the nations are bonded with their interest in each other's culture. South Korean music and TV shows are hugely popular with Turkish youth while South Korean tourists' interest in Turkey has increased in recent years. The number of South Korean tourists visiting Turkey reached 160,000 last year.