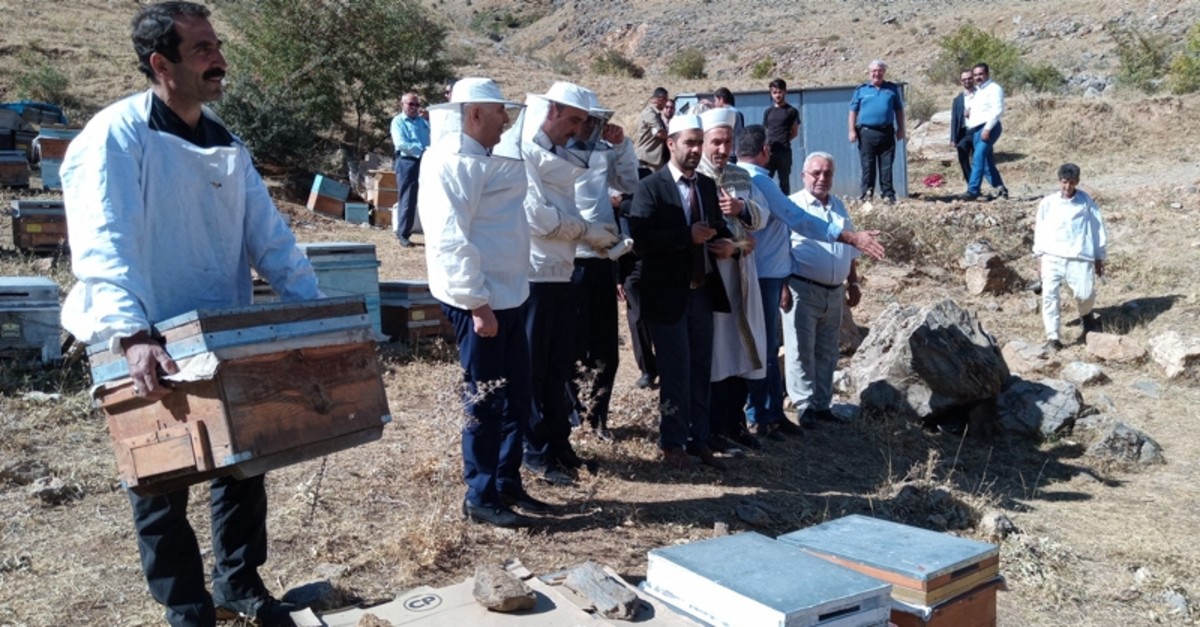 A group of beekeepers and officials attending a honey harvesting ceremony were attacked by bees in Turkey's eastern Van province as they were holding a prayer to express gratitude about a productive season.

The incident, which soon became a hit on social media, was caught on video.

In the footage, a group of men, including beekeepers and the district governor, are seen reciting a prayer to thank God for an abundant season in Bahçesaray district.

Bees attack beekeepers and officials as they express gratitude for a productive honey season in Turkey's Vanhttps://t.co/83ATOFShHT pic.twitter.com/9zkcteKVgG

Soon after, the bees rush to attack as soon as the local mufti Mustafa Kaya, who was not wearing a bee veil or the proper attire to protect himself from the bees, started speaking.

The officials and beekeepers attending the session started running away following the bee attack, reports said.

The prayer session continued some 100 meters away from the original location.

Turkey is the world's second-largest producer of honey after China, and is responsible for roughly 7 percent of the world production.