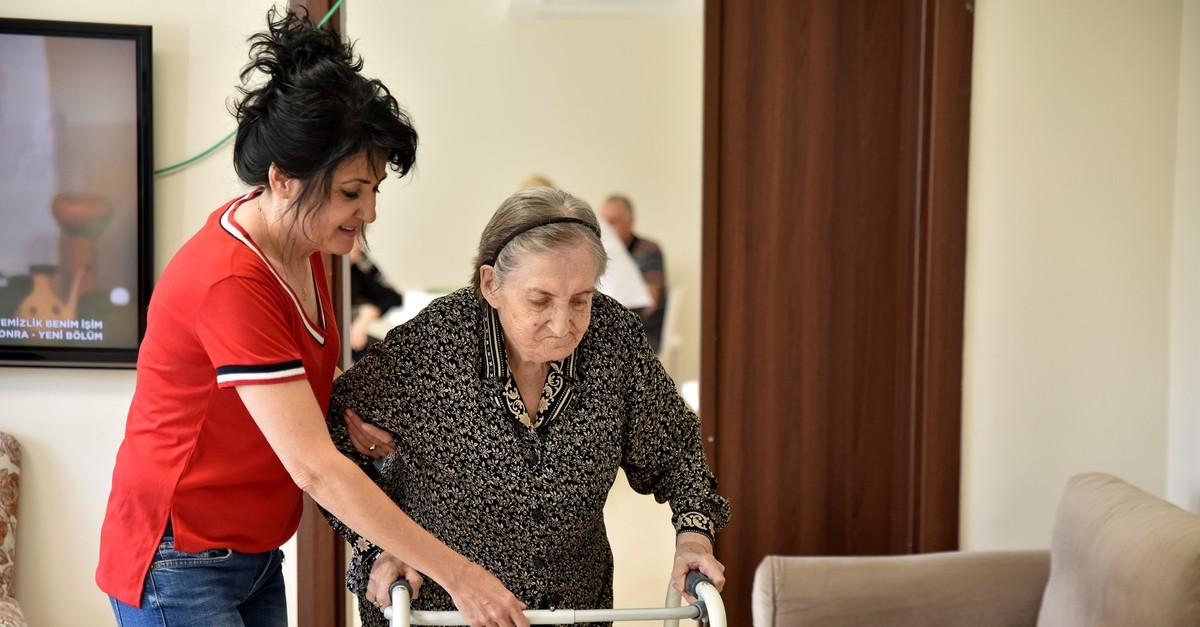 As all indicators point out that Turkey will become an aging country within a few decades, a survey shows just how few are ready to accept that they are old and still view it as a negative phenomenon

A new survey offers insight into the views of the Turkish public about aging and when it comes to reaching old age, the results are not pretty. For many, aging means little more than trouble and they tend to not to want to recall the fact that they would be senior citizens themselves one day.

The "Aging Tendencies and Practices" survey sponsored by insurance company AvivaSA is part of an active aging project as Turkey looks to push the concept forward with projections showing 16.3% population will be elderly in 2040.

For the survey, researchers conducted interviews with 2,400 people in 12 cities, half of them above the age of 65 and the rest were below that age. Researchers sum up the results as "Turkey is not ready for aging" and the "public holds a very negative view of aging and aged people."

In figures, 25% of interviewees had "positive" views regarding aging and another 27% had "positive" answers about things associated with older people. Answers to open-ended questions, however, show aging is commonly associated with diseases, death, economic problems and dependence upon others. Positive answers associate it with family life, calmness, respect, experience and a time to pursue hobbies. The survey also shows a mindset seeing anyone above the age of 52 as "not young" and those above the age of 64 as "old" prevail.

Senior citizens, or those at the age of 65 and above, complain of age-based discrimination. The survey also shows that same group is not willing to work and do not believe they would be as productive as they used to be in the past even if they work. Experts say this shows how the senior citizens normalize the low inclusion to social life.

Ulaş Tol, founding member of About Life Foundation (YADA) which cooperated with the company for the survey, says they focused on aging and its relation with fears and anxiety. "We found out those agreeing most with the expression 'I am afraid of aging' was those between the ages of 35 and 49 or those farthest from the age bracket to be described as a senior citizen. So, this shows us that 'middle-aged' people are not ready to be aged. This fear decreases in proportion with increasing age. We also found out that those middle-aged groups are also concerned about the future of their children most in terms of aging-related anxieties. In parallel with this, aged people are concerned about the future of their grandchildren," Tol says. This anxiety is related to failure to provide a good education for children. "In Turkish families, there is a tendency to be more interested in their children's well-being among parents between the ages of 35 and 49," Tol notes. He says a common concern for all age groups was not having economic freedom. For those who started "aging", most common concern is living alone and encounter with violence. "Every age group shares the common concern of being dependent on others for their care. Everyone has an aged citizen in their immediate family or among relatives but still, concerns are high," Tol said.

The survey also delves into retirement and more than 75% of interviewees above the age of 65 are retired while more than half of the retired are below the age of 65. "In other words, early pensioners still make up majority," Ulaş Tol says. A striking finding is that 71% of retired interviewees did not take up a new job, on the contrary to the ommon misconception that most pensioners continue taking low-paying, half-time jobs after retirement. "Participating in an active working life is very low after retirement. This shows there is a passive potential [for workforce] as a section of society which still has potential does not participate in the working life." He says 33% of population above the age of 35 are retired and they should be regarded as a portion of the society with importance. Another finding of the survey showed how unimaginative those wanting to retire really were. The survey shows people looking forward to retirement simply see it as "having time." They also apparently are undecided and believe they would have trouble knowing how to spend their time once they are retired.

According to figures by the Turkish Statistical Institute (TurkStat), the proportion of senior citizens or those at the age of 65 and above increased 16% in the last five years and was more than 7.1 million last year. Now, they make up 8.8% of the total population and more than half of the elderly are women.

Much of the world, particularly developed countries, faces the phenomenon of aging populations with the average life expectancy pushing well over 70, and even 90 in some places. Monaco, Japan and Germany lead the list of countries with the highest proportion of the elderly citizens, 33.2 percent, 28.4 percent and 22.4 percent, respectively.

As aging population raises concerns, Turkey strives how best the elderly can be cared and encouraged into active aging activities. This is what International Center for Ageing and Development (ICAD) is aiming to do. Founded by World Aging Council (DÜNYAK), a Turkey-based association, the center aims to make Turkey an international hub on aging, DÜNYAK President Kemal Aydın says. Speaking to Anadolu Agency (AA), Aydın said improved healthcare in Turkey increased life expentancy up to five years in the country and ICAD would be "first of its kind" in the world by focusing on care of those aging population. "Among ICAD's work will be preparation of a global, yearly report on aging and improving universal caring standards in nursery homes and similar places for senior citizens. It will also recognize best practices for senior care and best cities to live for senior citizens. It will contribute to making cities more senior citizen friendly. It will also pursue a productivity project for pensioners between the ages of 65 and 70," he said.

Among other projects, ICAD will set up a care fund for senior citizens and plans to set up consultancy centers to help the aged citizens.