One ministry saves thousands of trees with Zero Waste Project 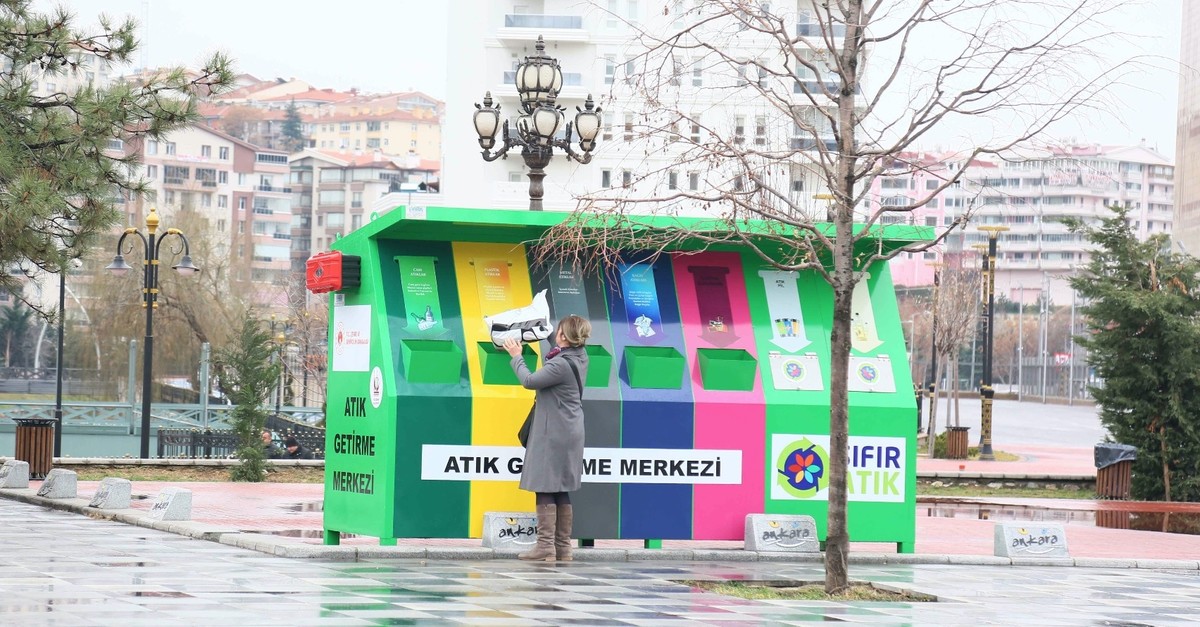 How can you save thousands of trees from being felled? The Energy and Natural Resources Ministry has found the answer in first lady Emine Erdoğan's Zero Waste Project, which helped them recycle everything and even give tons of extra food to animal shelters

Turkey's top authority overseeing energy generation and saving turned to the Zero Waste Project to power up its recycling efforts. In 15 months, the Energy and Natural Resources Ministry has saved 2,411 trees from certain death as it recycled 150 tons of waste paper, 47 tons of plastic, 23 tons of glass and 20 tons of metal waste. Better yet, food waste from the ministry – 70 tons of meals, bread and organic waste – were destined for animal shelters after they were recycled. The ministry is among a large number of institutions participating in the project that was spearheaded by first lady Emine Erdoğan. In April 2018, the ministry joined the recycling initiative and recently revealed figures about their efforts.

The Zero Waste Project is applied everywhere run by the ministry, from headquarters of major electricity transmission companies to offices of the Mining Works Directorate and Renewable Energy Directorate. Offices of ministry across Turkey that oversees country's mining, natural gas, electricity and oil authorities are among the contributors.

The 47 tons of plastic it recycled in under 15 months provided the raw material for the production of items, from textiles to water pipes, from greenhouse coverings to bags, detergent bottles and garbage bins.

Plastic recycling also helped save 658 megawatts hour (MWh) energy. By recycling 23 tons of glass, the ministry saved more than 2,113 liters of oil. From the meals of staff, 16 tons of vegetable oil waste was collected and this equals the production of 12,000 liters of biodiesel. Some 70 tons of food waste was also sent to animal shelters across Turkey.

The ministry credits the success with proper training of the personnel. It held 12 separate training sessions for the ministry staff where they learned everything about reducing waste.

The project, which started in 2017 and was embraced nationwide over the next two years, was first applied at the Beştepe Presidential Complex and the ministries, before being adopted by municipalities around the country as well as private companies and public buildings, from hospitals to schools.

Currently, over 18,750 public institutions are included in the project, separating waste at its source.

Turkey looks to phase out landfills whose numbers have considerably decreased in recent years and switch to a recycling model where no waste would "go wasted." The country has started to prioritize waste management, over concerns of rising environmental damage, with municipalities responsible for garbage collection upgrading their waste management systems.

The country also managed to recycle more than half of the plastic bottles in the market in 2017, the latest year with available data. Turkey also seeks to spread compost-making equipment used in businesses for converting food waste to compost for home use.

The country, which lags behind the EU countries in terms of recycling, aims to increase the recycling rate to 35% in the next five years.

Since its launch, the project has helped recycle 126.1 tons of paper and cardboard, prevented the felling of 2,142 trees, while 49 tons of plastic waste were recycled, saving 798.7 barrels of petroleum; 25.5 tons of raw materials were saved by recycling 8.7 tons of glass waste and 11.5 tons of metal waste, while 3.7 tons of compost were produced from 9.1 tons of organic waste and used to grow vegetables and fruits.