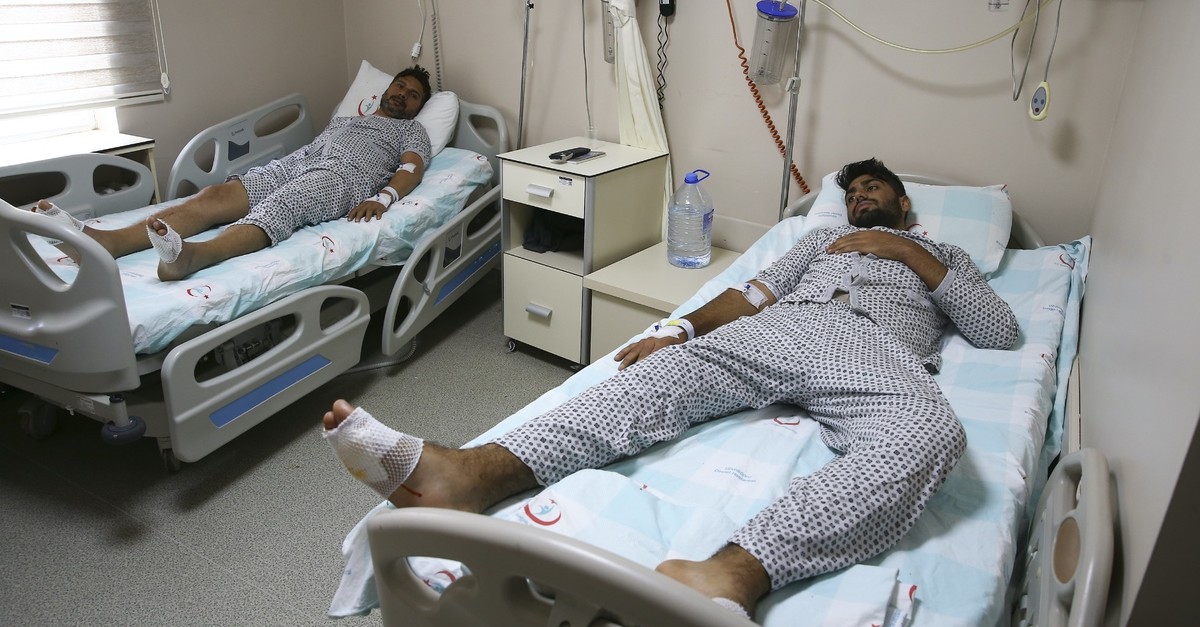 Two men are being hospitalized in Edirne following the incident.
by Daily Sabah Sep 23, 2019 12:00 am

Two Pakistani illegal migrants found injured in a border area between Greece and Turkey, accused Greek border guards of beating and forcing them back to Turkey.

The 42-year-old Ali Reza and 22-year-old Ali Mortaza were found semi-conscious and with bruises in a military zone where Turkish border troops patrol against illegal migrants yesterday. Troops took migrants to a hospital in the border province of Edirne.

Their accounts reflect similar incidents in the past where migrants accused Greece of engaging in the controversial "pushback" practice. Under international laws and conventions, Greece is obliged to register any illegal migrants entering its territory; yet, this is not the case for some migrants who have been forcibly returned to Turkey, especially since the beginning of the refugee influx into Europe in 2015. Testimonies of dozens of migrants interviewed by Turkish migration authority staff and social workers show that they were subjected to torture, theft and other human rights abuses.

Pakistani migrants said they managed to enter Greece from Edirne, but Greek soldiers captured them and beat them with batons. They claimed they were later forced to board a boat and return to Turkey via the Meriç River, which divides the two countries.

Ali Reza told Anadolu Agency (AA) that they were first taken to a camp where they were beaten by Greek soldiers. Mortaza, for his part, said they have been starving for days, and it was only Turkish soldiers who gave them food and new clothes. The two men are being treated for injuries to their feet, knees and other parts of their bodies.