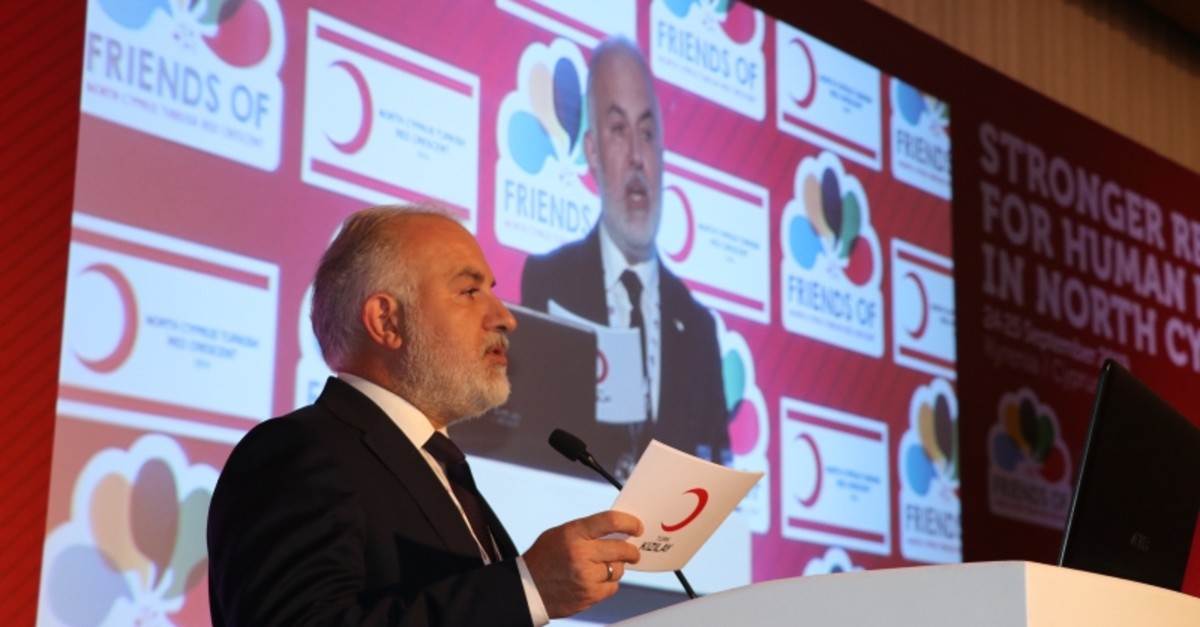 The nations declared their "strong support" for the Northern Cyprus Turkish Red Crescent in its "humanitarian endeavors as well as in its recognition process at all forums." 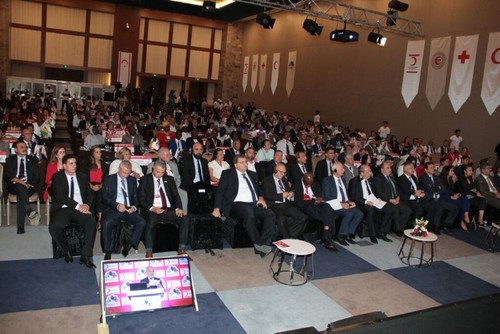 Like other entities in divided Cyprus, the charity suffers from a lack of recognition as most countries throw support behind the Greek Cypriot side of the island and recognize it as the only legitimate authority on the island.

"We have a cause to uphold, and that cause is to bring humanitarian assistance to every corner of the world," he said.

"Of course there might be obstacles, for example, the political situation in Cyprus and the politics in the northern and southern parts of the island… We were in the South two weeks ago for a meeting with European foundations, and we chaired that meeting," the president said.

"Today we are in the north. We are trying our best for effective humanitarian diplomacy like we are doing here, in Cyprus, Palestine and other parts of the world," Kınık said.

The KKTKD was founded by 15 local associations in the Turkish Republic of Northern Cyprus (TRNC), and Kınık said they have now become a "big family" with 42 charities joining their cause.

Cyprus has been divided since 1974 when Turkey used its guarantor rights to intervene on the island after a far-right Greek Cypriot military coup sponsored by the military junta then in power in Athens sought to unite the island with Greece. The coup followed a decade of interethnic violence and terrorism targeting Turkish Cypriots, who were forced to live in enclaves when Greek Cypriots unilaterally changed the constitution in 1963 and stripped the island's Turks of their political rights.

Kınık said that there is "a frozen conflict" in Cyprus in terms of humanitarian laws and highlighted that the United Nations and the International Red Cross Committee "discriminated" against one side, while they were supposed to keep "equal distance" to the Greek and Turkish Cypriot communities. He said it was a violation of rights and a problem that Southern Cyprus' Red Cross was recognized, while the Turkish Cypriot Red Crescent was not.

"This is a case going back to 2012 when the Turkish Cypriot Red Crescent was rejected from recognition and all national associations supporting their cause voiced their demand repeatedly. They issued a declaration and will issue a second one. The message is clear: all communities in the world have the right to represent themselves in humanitarian platforms and all peoples in the world have the right to be protected by international laws and mechanisms," he said. He said the discrimination and double standards Turkish Cypriots are subject to contradict international legal norms.