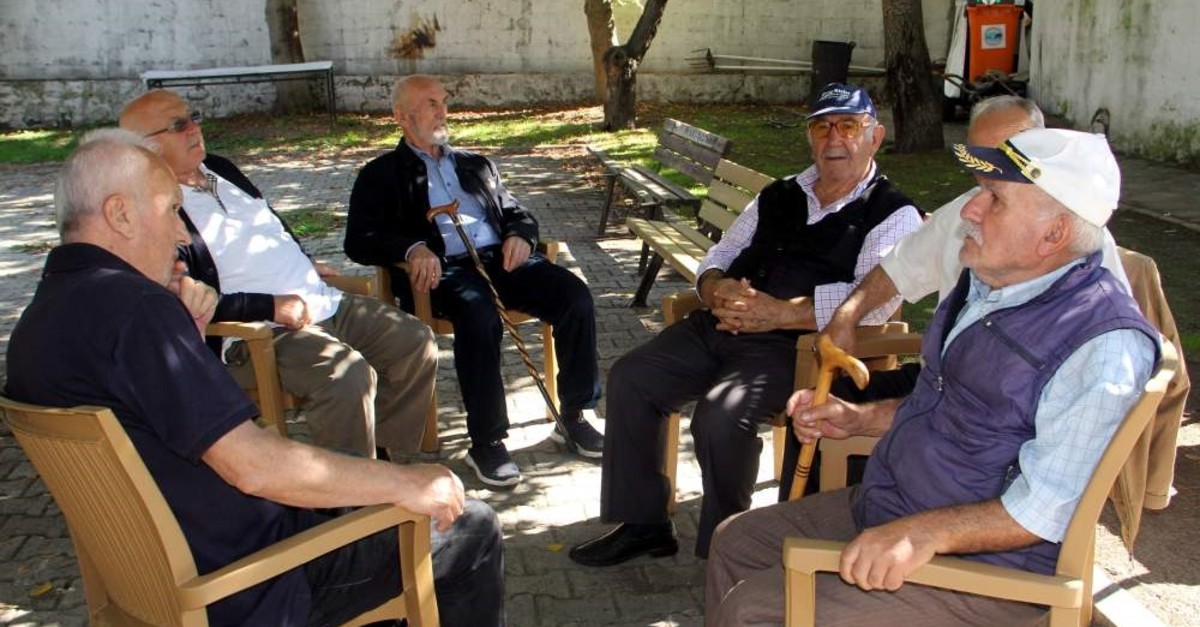 Senior citizens sitting in a park in Sinop, the city with highest proportion of elderly citizens.
by Daily Sabah with AA Oct 02, 2019 1:02 am

Sinop, a small city on Turkey's northernmost tip, is officially the country's "happiest" city according to life satisfaction surveys.

The quaint city also remains a place with the highest proportion of the country's elderly population. Some 18.2% of the population is elderly citizens and they describe their life in the city as perfect.

The city's original population mostly migrated to other cities in search of employment and the elderly citizens are largely former residents who decided to resettle after retirement. Away from the hubbub of big cities, they spend their time on the quiet shores of the Black Sea, resting at a popular park or chit-chat at a House for Senior Citizens, where the municipality serves free tea and Turkish delight.

Sinop is among the few cities without traffic lights, and free bus passes for senior citizens makes it among the most accessible for old citizens in the country.

"I am happy here," 65-year-old Salih Yılmaz says, likening Sinop to "one big family." "It is a pleasure to live in a city that values you. This is a place where you can live in peace and lead a happy life with your family. Moreover, young people are always helpful," he says.

Sixty-three-year-old Müzeyyen Boyracı says she spends her free time "walking for hours with her husband" and taking their young grandson for walks. "There are many retirees here because Sinop is perfect for old people like us," she says.

Eighty-four-year-old Mustafa Şengazi lives with his son and says he spends his days mostly at the House for Senior Citizens, a popular meeting place.

"I am always come here after praying at the mosque. We sip tea and chat with friends. I thank God that I am here. The municipality and locals respect and help the elderly," he said.