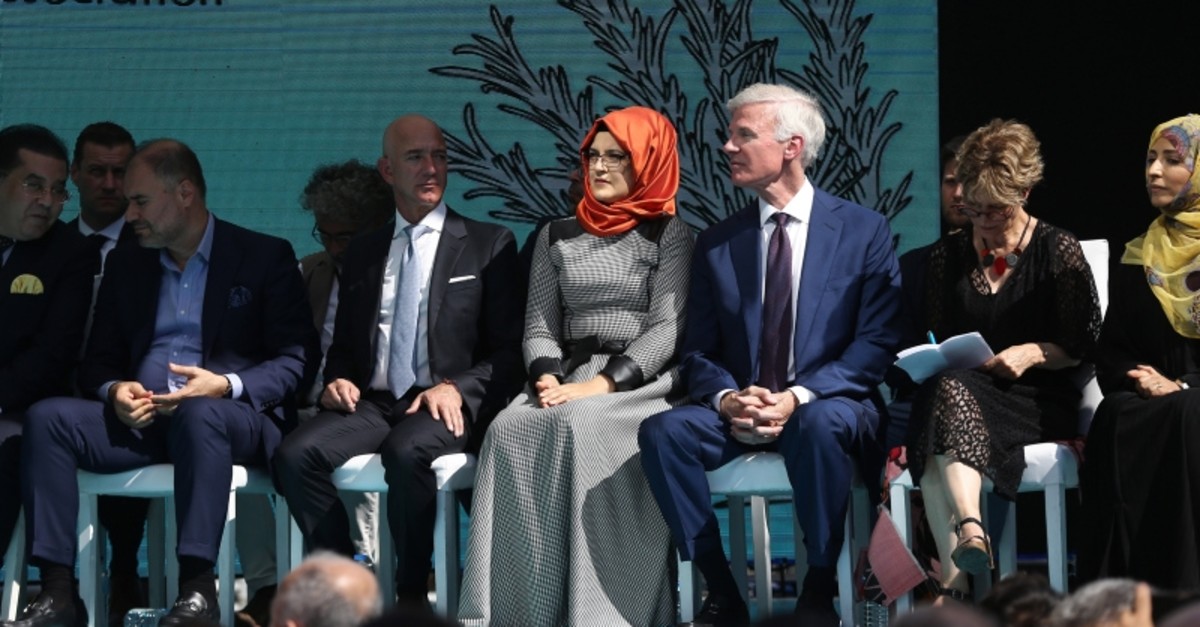 Washington Post owner Jeff Bezos on Wednesday attended a service in Istanbul in the memory of the newspaper's late contributor Jamal Khashoggi.

During the ceremony held near Saudi Arabia's consulate, Bezos sat beside Khashoggi's fiancée Hatice Cengiz. The event is being held in an open space about 100 meters away from Riyadh's consulate, which is located across a tree-lined avenue.

Bezos told Khashoggi's fiancee Hatice Cengiz: "You are not alone."

"No one should ever have had to endure what you did," Bezos said to Hatice after the two embraced on stage.

"Right here where you are, you faced that street for hours, pacing and waiting - and he never came out. It is unimaginable." 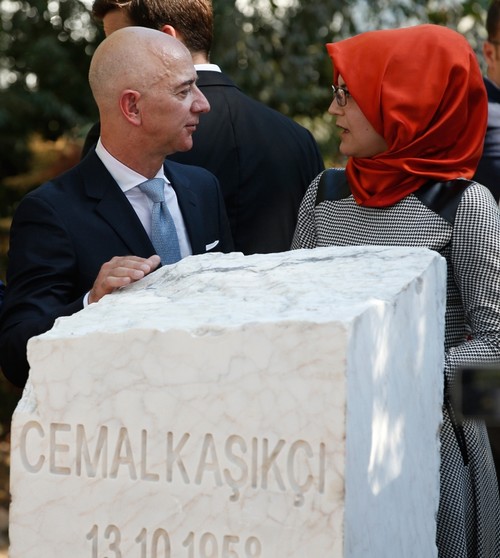 "And you need to know that you are in our hearts. We are here."

Participants later unveiled a memorial for Khashoggi, who had become a sharp critic of the Saudi kingdom.

The memorial began just after 1:14 pm (1014 GMT) Wednesday — the time that Khashoggi walked into the consulate on Oct. 2, 2018, to collect documents to marry his Turkish fiancee, who was waiting for him outside. He didn't come out again.

Several questions linger a year since his killing, including the whereabouts of his body and Saudi Crown Prince Mohammed bin Salman's possible culpability.

Saudi Arabia says it is trying 11 people for the killing, but few details about the case have been released.

Prince Mohammed meanwhile, said in an interview this week he takes full responsibility for the killing but denied he ordered it.