More restrictions, inspections next step in fight against smoking 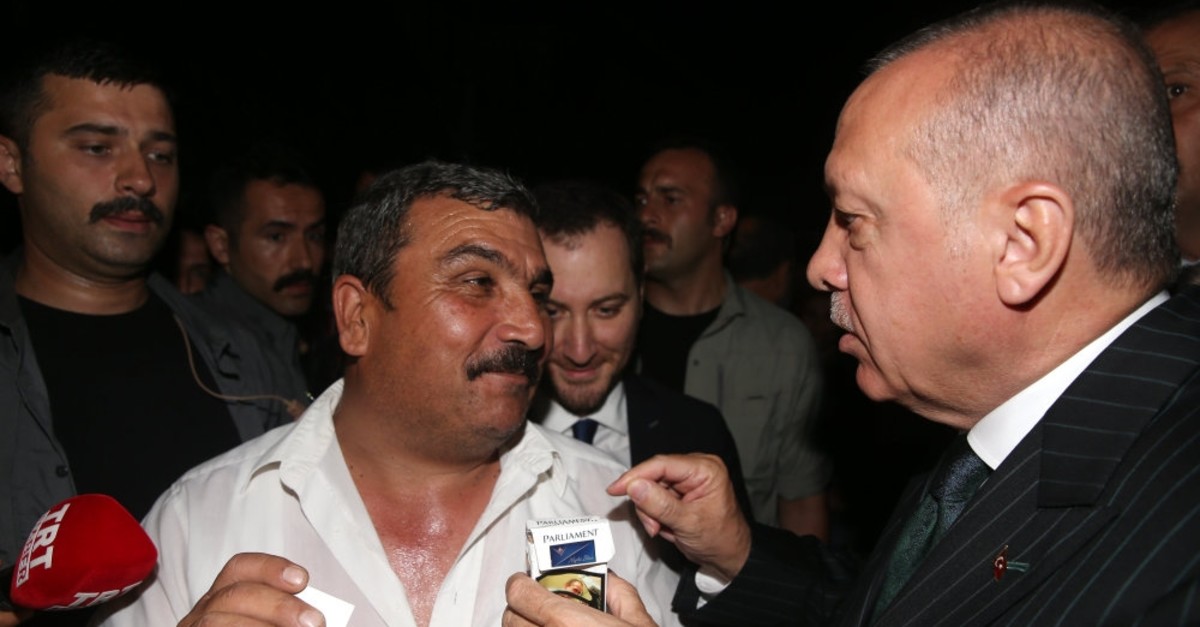 A decade after a landmark ban, Turkey plans to introduce new regulations to curb smoking, including a ban on e-cigarettes and a redefinition of smoke-free areas in public venues

Turkey's fight against smoking continues relentlessly as was evident with the nationwide flash inspections against smoking in cars. Health Minister Fahrettin Koca, meanwhile, announced plans for new regulations against smoking. Speaking to reporters on Tuesday, Koca detailed President Recep Tayyip Erdoğan's recent remarks for "radical" changes in anti-smoking efforts. A significant change will be for smoke-free areas and areas allocated to smokers in public venues like restaurants and cafes. "We will bring a new definition to 'enclosed areas' where smoking is not allowed," Koca said. He said businesses usually allocated the "best" spaces in establishments to smokers while non-smokers were confined to "tables at the back."

"The current regulations are abused by businesses. We will clarify how enclosed area should be and how spaces that can be enclosed with movable tents should be," he said.

President Recep Tayyip Erdoğan is credited with bringing the first comprehensive smoking ban to Turkey when his government imposed a landmark indoors ban for smokers in 2009. A staunch teetotaler, the president is known both for his repeated warnings to anyone smoking in his close circle, as well as a series of steps to curb nationwide smoking.

Authorities have stepped up inspections against violations of the smoking ban in recent years. Some 1,500 teams inspected businesses and public buildings every day around the country against violations of the smoking ban. The Health Ministry also set up a hotline for citizens to report violations, while an app called Green Detector allows users to immediately notify authorities against violations. Since 2009, teams carried out more than 22.8 million inspections. The Health Ministry also offers advice to those trying to quit, through a hotline set up in 2010. The hotline receives about 5,000 calls every day from smokers. A ministry website also gives tips on how to quit smoking and allows users to calculate how much money they can save by not buying cigarettes. Figures indicate that after the smoking ban, the prevalence of smokers decreased. Increased taxes on cigarettes and free medical treatment for smokers also aided a decline in the habit.

Turkey also introduced a new regulation earlier this year for plain packaging to deter would-be smokers in particular. Under the regulation, which will be fully in force next year, tobacco product packages will no longer bear oversized logos, symbols or signs belonging to brands save for fine print for each. Instead, cigarette packs will be largely covered by health warnings about the dangers of smoking.

Koca said e-cigarettes will also be covered by new regulations. "It will be banned and will not be allowed into the country," Koca noted. Like elsewhere in the world, e-cigarettes gained popularity in Turkey as more smokers tend to take up this new habit, hoping it would help them quit cigarette smoking and to stop the impact of secondhand smoking. Yet, experts warn that they are as harmful as cigarettes. In the United States, the e-cigarette industry faces scrutiny from federal and local governments over youth vaping with 14 deaths across the country linked to vaping. In California alone, state authorities say more than a hundred residents who vape have been hospitalized for lung damage, media outlets reported.

The government also plans on improving inspections against violations of the smoking ban. "We will have volunteer smoking ban inspectors and are working on ways to allow them to fine establishments violating the ban," Koca said.

Last week, Turkey also started enforcing a ban against smoking in cars and more than 5,000 people were fined for smoking. Professor Cevdet Erdöl, president of Health Sciences University, says possibility of smokers having a traffic accident while smoking and driving is at least "one and a half time" higher than those not smoking. Speaking to Anadolu Agency (AA), Erdöl said state intervention to smoking in cars indicated that this was a serious issue. "Inspections aim to prevent drivers to have distractions while driving and to cause a fire inside the car. Searching for a cigarette or lighter while driving, burning yourself by accident and such distractions can lead to casualties in traffic. We already have a large number of traffic accidents every year and combine this with number of smokers, then you have a serious issue," he said. Associate professor Mustafa Aydın, who heads an anti-smoking association, also supports the ban on smoking drivers and calls for more inspections. "I hope both drivers and passengers become more conscious on the issue," he said. Speaking to İhlas News Agency (IHA), Aydın also called authorities to clamp down on hookahs and e-cigarettes, which he described as damaging as other tobacco products. He said hookah was portrayed as something harmless by smokers though that was not the case. Aydın said e-cigarettes were also banned in Turkey but the coverage of the ban was limited, as were the inspections.

He also expressed support for the government's plans for volunteer inspectors. "It is possible to stop violations if you have volunteer inspectors like those inspecting traffic safety violations," he said. Aydın, meanwhile, calls for better enforcement of smoking bans in stadiums, a venue he claimed to have been spared from the ban. "Those smoking in stadiums should be fined under the laws but it is safe to say that nothing is done," he said.