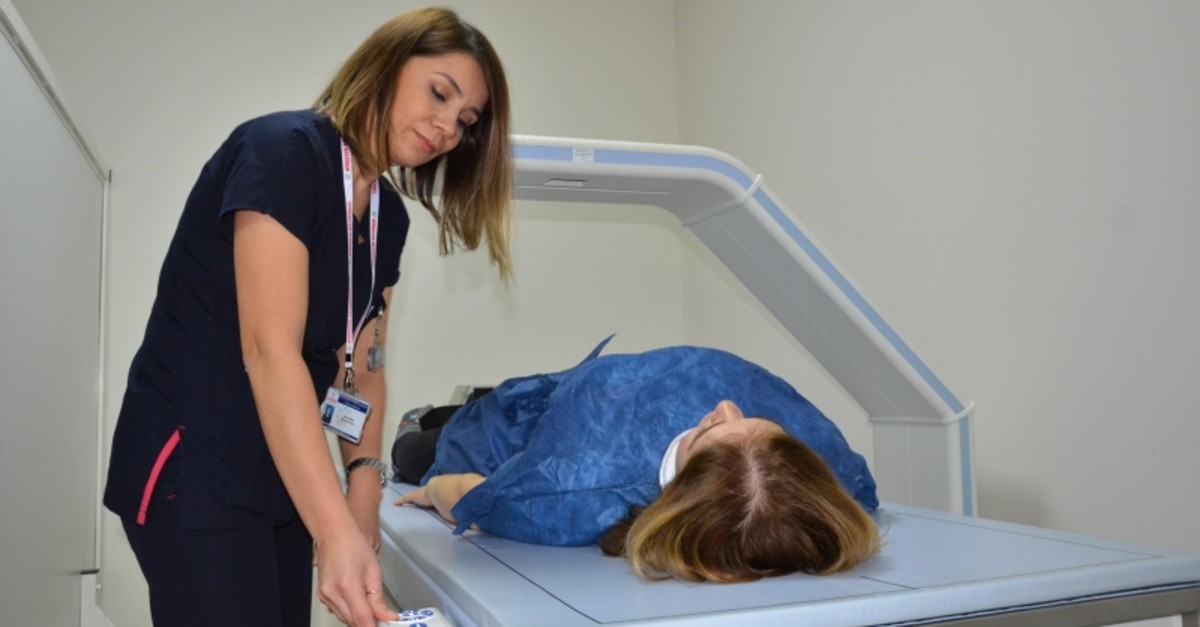 Over 2.5 million women underwent breast cancer screening in Turkey in 2018 as part of the Health Ministry's early diagnosis and cancer prevention program, helping 36,000 cases to be detected early.

Breast cancer incidence rates have been rising in Turkey, and it is now the most prevalent from of the disease among women. Thousands die every year from the cancer, whether due to complications or late diagnosis.

"When diagnosed at an early stage breast cancer can successfully be treated. In the advanced stages, the treatment process becomes difficult and patients can die from the disease. With population-based cancer screening, the rate of early diagnosis increases every year in Turkey," the ministry said in a statement.

The ministry currently carries out free breast cancer screenings at its cancer early diagnosis and scanning centers (KETEM), including 25 mobile units across the country. Family Health Centers (local GPs) and public health clinics in every neighborhood can also do these scans.

Women between the ages of 20 and 40 should do a breast self-examination once a month, ideally a week after their periods and at the same time each month. If they notice anything unusual, (e.g. lumps, bumps, dimpling, textural or color changes, pain, nipple discharge, burning etc.) they should see a doctor immediately. Women between the ages of 40 and 69 should undergo professional breast examination in health institutions once a year and have mammographies every two years, in addition to these self-checks.

The most common and apparent symptom of breast cancer is the presence of a painless, growing mass in the breast. The tricky part about breast cancer is that the disease might not produce any symptoms in the early stages, hence routine controls are very important.

As with all cancers, a healthy and balanced diet, regular physical activity and avoiding gaining too much weight reduce the risk of breast cancer. Breastfeeding, if possible, is also known to reduce the risk.

Some 9.6 million people die from cancer every year and at least one-third of common cancers are preventable, according to experts who point out that cancer is the second-leading cause of deaths worldwide. Early-stage cancer detection, screening and diagnosis have shown to drastically improve cancer patients' chances of survival.

Treatment varies for each patient. Multiple factors, such as the location of the tumor(s), the stage of the cancer, the patient's age and other health problems, play a role in deciding the right treatment such as surgery, radiotherapy and chemotherapy.