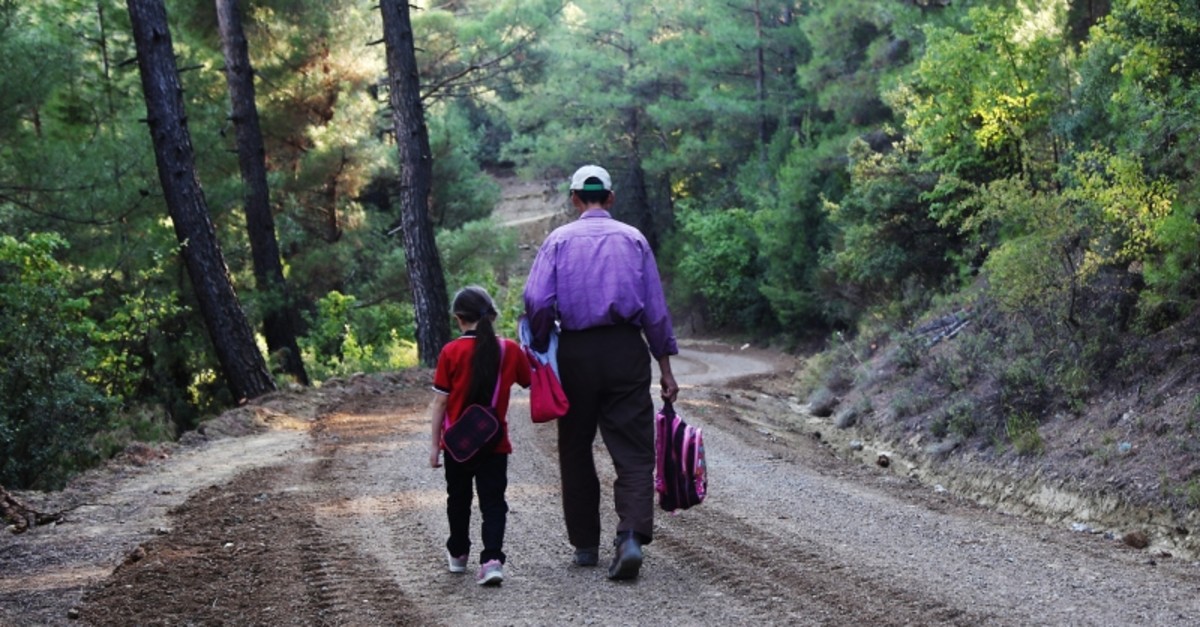 Oh, the things parents sacrifice for their children's well-being and the lengths they are willing to go.

This is the story of a selfless, loving father who went above and beyond for his daughter, and built a road leading up to their house so she could get to school.

This exemplary and inspirational story began last year when little Gamze Korkut couldn't go to nursery school because there were no proper roads for the bus to pick her up from.

The mountain road leading up to their house in a rural area in southwestern Muğla province was bumpy, extremely narrow and neglected. The municipality and the provincial directorate of national education had turned down the family's requests to build a new road and said they could not do anything about it as it was a dirt forest road.

Within that year unfortunately nothing changed.

A year passed and Gamze, now 6 years old, was enrolled in a primary school in the Menteşe district center. She needed to go to school.

After seeing how his daughter's education was affected by this road, or rather lack thereof, father Ramazan Korkut decided to take action. He started taking his daughter to the nearest main road where the school bus could actually reach, via their tractor.

The two went back and forth, up and down the rugged mountain road five days a week, but it took very long and it was very tiring.

This was not going to work.

Father Ramazan then decided to take matters into his own hands – literally. He got to work, and cleared, dug and leveled the road all by himself.

He rented a digger and four trucks. The municipality lent him another truck and the Regional Directorate of Forestry provided him with a grader, but that was all.

After six long, tiring days, the father had completed a 4-kilometer-long road covered in gravel and managed to stabilize it.

Little Gamze could now go to school comfortably and be picked up by the school bus right in front of her doorstep just like her peers.

However, the family now had another problem: crippling debt. After using up all of their savings on rebuilding their house that had burned down in a fire three years ago, and having have to pay every last 'kuruş' (Turkish cents/pennies) for the road out of his own pocket, Ramazan Korkut was in desperate need of TL 42,000 to cover all his expenses.

He was starting to run out of hope.

Then one day, an unexpected visitor came knocking on his door.

It was District Governor Caner Yıldız, and he had come to give him the good news. All of his debts had been paid off upon the order of the Muğla Governor Esengül Civelek. Yıldız thanked the father for his sensitivity regarding the issue, as not many fathers would have had the love, strength or dedication he had to do such a thing.

Ramazan Korkut, surprised by the turn of fate, was happy that the state came through and looked out for them in the end.