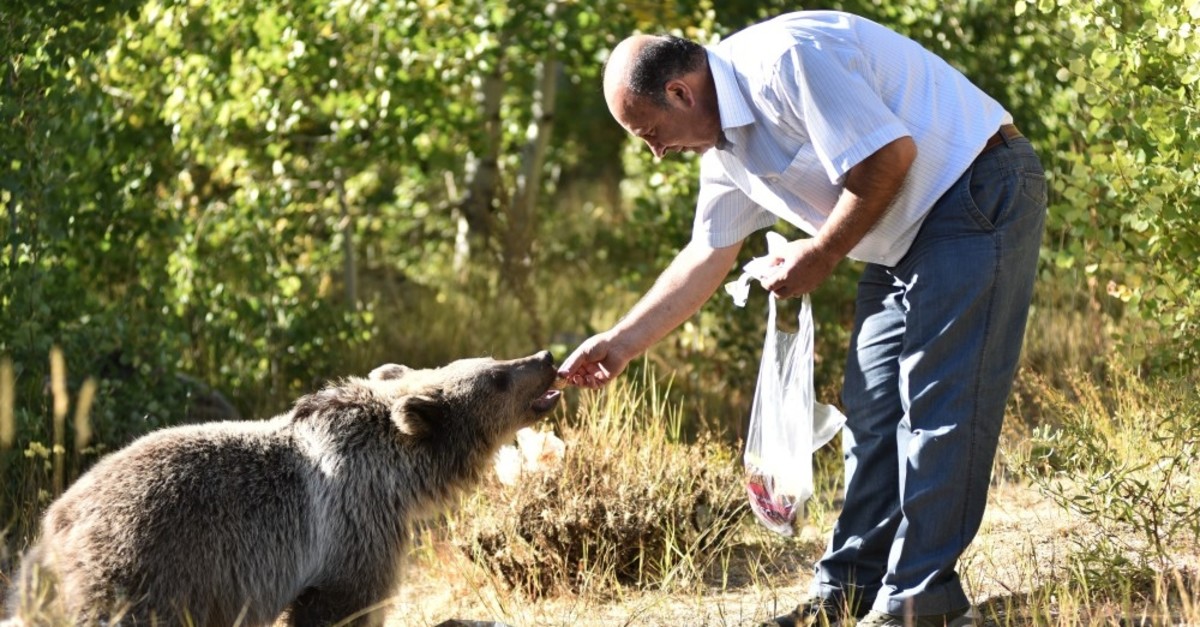 Turkey marked World Animal Day on Friday as debate in Parliament still lingers on how animal rights laws can be improved after recent cases of violence toward animals. A parliamentary committee is currently working on a comprehensive law to protect animals

Animal rights have been a contentious issue in Turkey, where people pride themselves on being descendants of a civilization that values animal life and protects stray cats and dogs. As the country marked World Animal Day on Friday, animal rights activists complained about the lack of better protection of animals, especially in the light of a string of cases involving violence against animals. A Parliamentary committee set up for animal rights, meanwhile, is still debating how best to improve the lives of animals and seeks the enactment of a comprehensive animal rights law by the end of this year.

One thing the public is unanimous on is the need for more punishment for crimes against animals. Under current laws, such crimes, from the deliberate killing of stray animals to other acts of violence are treated as misdemeanors and culprits can get away with fines. New laws can change this and more.

Justice and Development Party (AK Party) deputy Mustafa Yel, who is at the head of Parliament's animal rights investigative committee, say they have largely completed a draft report, outlining several key points that may make it into a new law. Speaking to Anadolu Agency (AA), Yel said the public had a demand for elimination of violations of animal rights and there should be an end to "heartbreaking images and videos" of crimes against animals. Laws exist to protect animals but according to Yel, issues are hindering the efforts to protect their rights, adding that they are trying to resolve them. "We want a new animal rights law by the end of this year. Current laws see them as a commodity, an object and classify them as pets and stray animals. We want all animals to be interpreted as living beings under the new law, without discrimination between them," he said. The committee would recommend a minimum prison term of two years and one month for those convicted of torturing, mistreating all animals, regardless of their ownership.

The parliamentary committee also believes instilling a love for animals in children can be the key to animal welfare in the future and to this extent, they suggest classes on animal rights and similar subjects starting from middle school.

Another issue is the jurisdiction in cases regarding animal rights and Yel said municipalities should be authorized to be primarily responsible authority to protect animal rights. He added that they will also recommend setting up an Animal Welfare Fund that can be supported through taxes, national lottery revenues, administrative fines and donations and can fund non-profit organizations and activists working for animal welfare. Another issue is the use of fur. The parliamentary committee will as for a ban on fur farming and imports. Yel said they would also suggest a partial ban on the use of animals in experiments. "Experiments on animals should be conducted only for concrete, necessary studies," he said. Hunting is another problem according to animal rights activists. The parliamentary committee recommended the government to set up special hunting grounds for hunters and breeding of animals that can be hunted by the relevant ministry overseeing hunting. "There shouldn't be hunting outside these places," Mustafa Yel said. "Only then, a full ban on hunting can be implemented."

Strict measures can be necessary for animal welfare and among them are criminalizing the damage to bodies of waters that endangers the lives of animals drinking from those places. For migratory birds, Yel said Energy Ministry can cooperate with energy companies and bird watchers to protect migratory birds injured and killed by power transmission lines.

Mustafa Yel said Turkey also hosts a great number of stray dogs and cats and they should receive better care. "People leave stray dogs and cats unattended when they are injured in traffic accidents when cars run over them. We want people not helping the animals they hit to be punished under the Turkish Penal Code," he noted.

In Turkey, people's attitude toward stray animals is world-famous and especially the big cities are known for free-roaming street cats and dogs. However, there are also complaints of rabies risk from stray animals and cases of starving stray dogs mauling people. Yel said comprehensive sterilization can solve this problem within five years.

Ebru Arıman, founding president of the Turkish Vegan Association, said Turkish laws have loopholes and "serious violations" regarding the protection of animals and urges "deterring" sentences for crimes against animals. Speaking to AA, Arıman said those involved in violence against animals also pose a risk for humans.