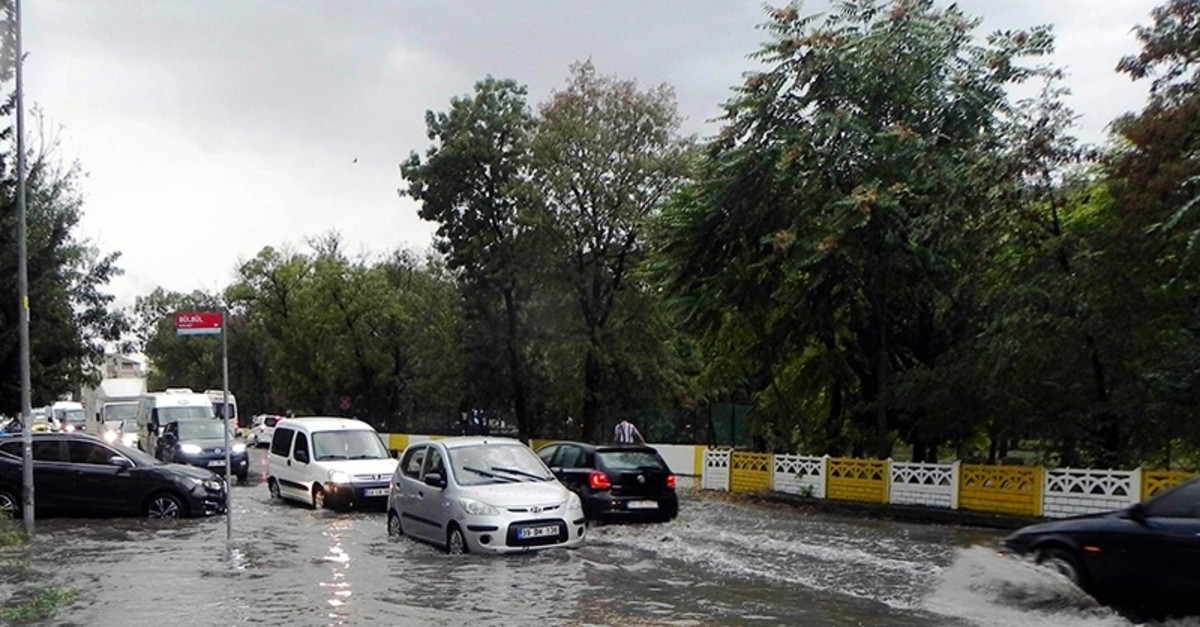 Turkey be warned: a storm is brewing and it's bringing heavy rain, lightning and possible hail with it.

After a night of thunder and rain, people across Turkey woke up to floods at their doorsteps, roads closed and a lot of cleaning up to do.

In Istanbul, strong winds blew away roofs of 18 houses – most which were situated on either side of the Bosporus — and knocked down 32 trees, while 28 homes were flooded by the sudden downpour.

The districts of Beşiktaş, Beykoz, Üsküdar, Sarıyer, Beyoğlu and Fatih were most affected by the rain, which picked up speed after 2 a.m.

Coupled with the precipitation, strong northerly winds caused temperatures to drop by 8-10 degrees from 30 degrees back to seasonal normals.

Although the rain stopped in the afternoon, officials are warning Istanbulites of severe showers that will continue throughout the night and tomorrow. However, rainy weather is expected to leave the city on Monday.

The adverse weather has also affected other cities in Turkey's northwest. The roofs of some apartments were blown away in Tekirdağ, and traffic at the entrance of Malkara district of the main road heading to Çanakkale from Istanbul came to a standstill. Life in Balıkesir's Ayvalık district almost stopped when the heavy rain continued nonstop for 45 minutes.

In the north, in the Abana district of Kastamonu two fishing boats in the harbor sank due to strong winds and waves.

The situation in Izmir in Turkey's west wasn't any different. A torrential downpour started almost simultaneously across the city's districts, causing some work places and houses as well as small roads to be flooded.

The Turkish State Meteorological Service predicts that the northern, central and western parts of the country will be partially and very cloudy this week, while the Marmara, Aegean, western Mediterranean, northwestern Anatolia and the western Black Sea regions, and areas around Adana, Osmaniye, Kahramanmaraş and Samsun provinces will see intermittent showers and thunderstorms. Other parts of the country are expected to be partly cloudy.

Temperatures are estimated to decrease by 4 to 6 degrees in the inner and western parts of Turkey, but no significant changes are expected in the rest of the country.