Over 4,000 illegal migrants intercepted in one week 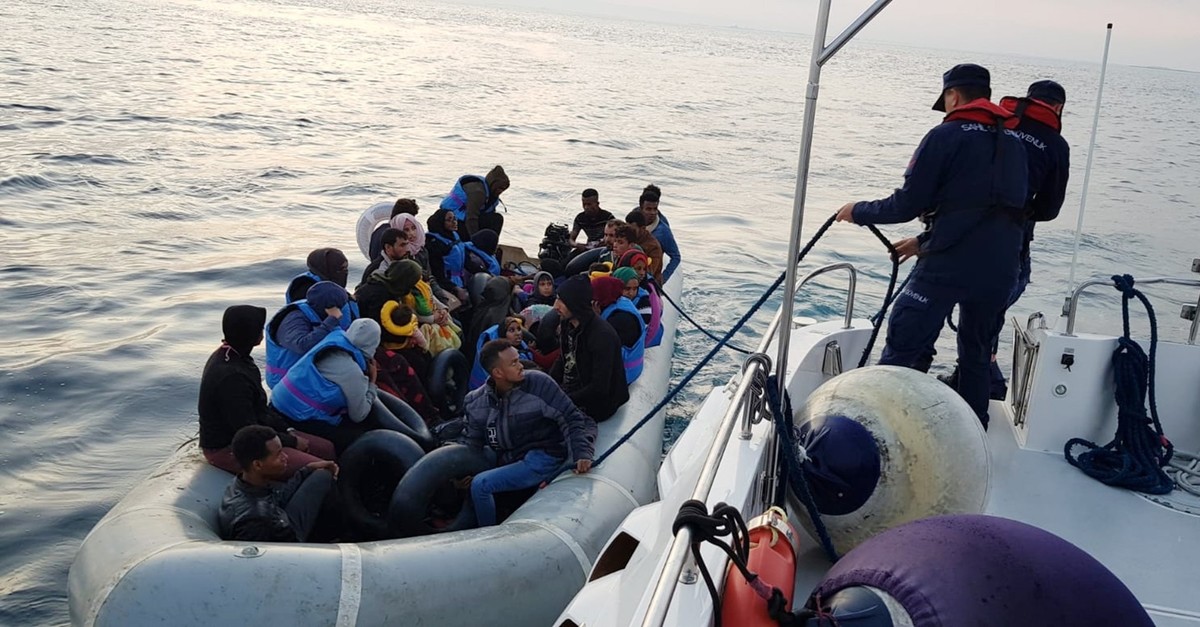 The incessant flow of illegal migrants into Europe continues, and so do Turkish efforts to stop them. More than 4,000 illegal migrants were held back across the country last week, authorities announced Monday

At least 4,073 illegal migrants were held across Turkey over the past week, according to data compiled by Anadolu Agency (AA) from security sources. As many as 1,624 migrants were held in multiple operations carried out by gendarmerie forces in the northwestern Edirne province, bordering Greece and Bulgaria.

According to local security forces in Edirne, Greece recently stepped up efforts to send illegal migrants to Turkey in violation of the Geneva Conventions, the European Convention on Human Rights and the U.N. Convention Against Torture.

In the coastal provinces of Çanakkale, Balıkesir, Aydın, Izmir and Muğla, the Turkish Coast Guard and gendarmerie forces rounded up a total of 2,170 migrants as they were trying to cross to Europe through Greece.

Turkey has been a key transit point for illegal migrants aiming to cross to Europe to start new lives, especially those fleeing war and persecution.

Separately, in the northwestern province of Kırklareli, 48 migrants were held by gendarmerie forces. Moreover, border forces and police in the southern Hatay province caught 171 migrants trying to enter Turkey from Syria through illegal means.

In the central provinces of Kayseri and Kırşehir, a total of 60 migrants were held by police and gendarmerie forces.

In 2018, some 268,000 illegal migrants were held in Turkey, according to the Interior Ministry. Turkey bridges Europe and Asia and shares a border with EU members Bulgaria and Greece, making it the best place to get into Europe for migrants from Asia and Africa who flee civil wars, conflicts and poverty. Thousands seek a better life in Europe, which takes in, often reluctantly, fewer and fewer migrants every year.

Though some countries like Germany are more generous toward migrants seeking shelter, EU countries remain at odds on which countries should take more migrants.

The Greek islands in close proximity to Turkey's Aegean shores are favorite destinations of migrants heading to Europe. However, journeys aboard unsafe, overcrowded boats sometimes steered by inexperienced migrants often turn out deadly. To reduce the number of illegal migrants on the dangerous Aegean Sea route, Turkey and the European Union signed an agreement in 2016. The deal stipulates that Greece is to send migrants held on its Aegean islands back to Turkey. In return, Turkey is to send Syrian migrants it hosts to various European Union countries. The deal also saw an escalated crackdown on human smugglers and increased sea patrols to prevent immigrants attempting to cross; for a while, it helped reduce the number. Yet some desperate migrants still take the route even in winter, when a safe journey through the Aegean is nearly impossible aboard overcrowded, unsafe dinghies.