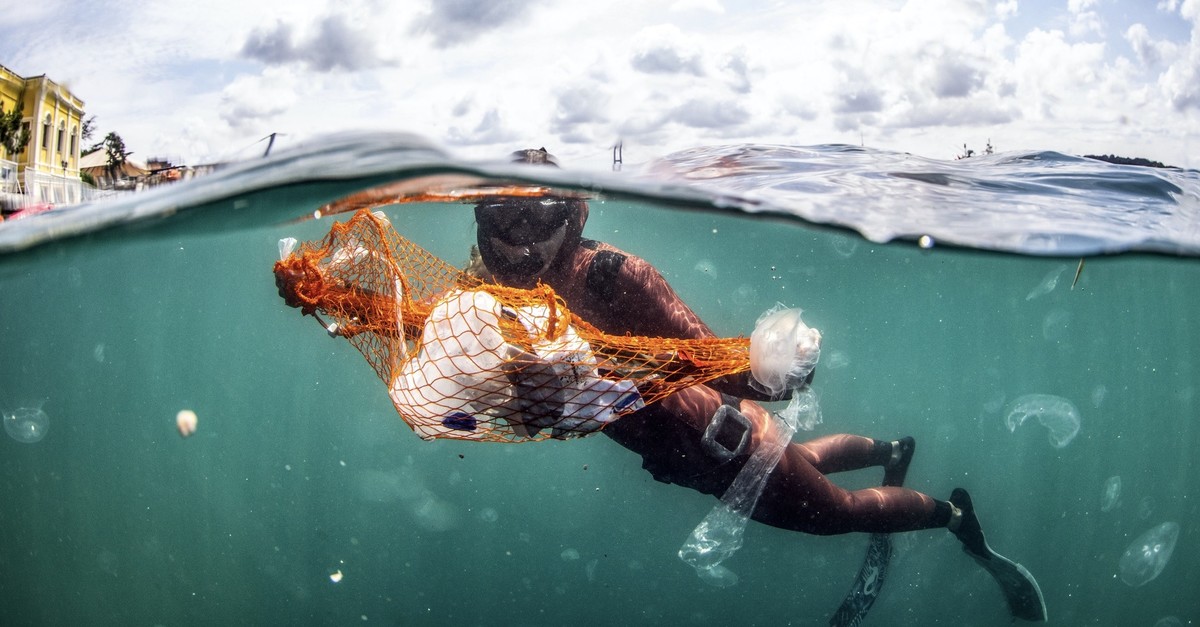 The maritime chapter of first lady Emine Erdoğan's Zero Waste Project has made waves in just four months since it's launch.

Under the Zero Waste Blue program, 158,000 cubic meters of waste were removed from the seas. The cities of Istanbul, Antalya, Samsun, Zonguldak, Kastamonu, Bursa, Kocaeli, Çanakkale, Edirne and Trabzon led the cleaning efforts.

Erdoğan, who is also behind the larger Zero Waste project aiming to maximize recycling efforts in Turkey, launched the program on June 10. It was accompanied by a mandate by the Environment and Urban Planning Ministry for the fight against maritime waste. The mandate aims to raise awareness on maritime pollution and the collection of pollutants. The ministry and nongovernmental organizations (NGOs) focused on cleaning efforts on areas with severe pollution while rolling out advertisement campaigns to mobilize the public to keep water bodies clean. More than 30,000 people were educated and trained on how to prevent and handle maritime pollution, while 760 companies declared their commitment to not dispose waste in the seas. Associations of divers are also contributing to the Zero Waste Blue program with public events to collect waste from the seas.

The project will continue through the next year with new chapters. As part of an action plan, warnings will be placed everywhere near the sea, from piers and passenger ferries to beaches, hotels and schools, to highlight the issue. Students will be educated on preventing pollution and cleaning campaigns will also be organized all across the country. The organizers of the project also plan to set a designated Zero Waste Blue coast to set an example on how a truly clean coastal area should be.

Some beaches will also be designated plastic-free while hotels and ports successful in switching to zero waste practices will be certified. The project also seeks help from fishermen to keep the seas clean.