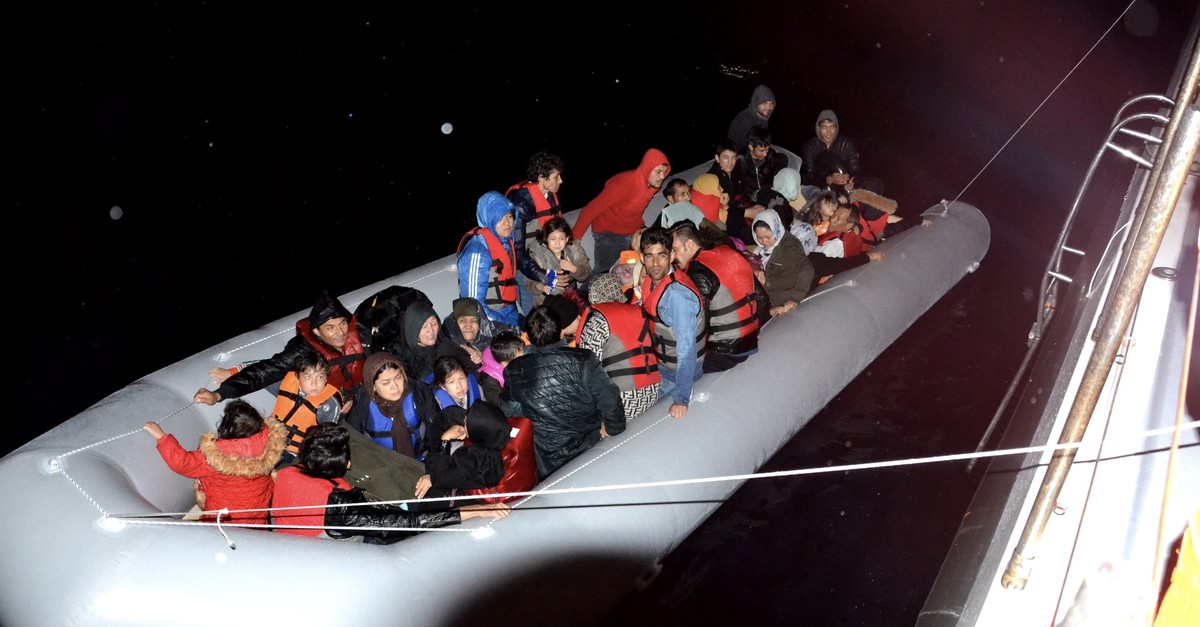 The numbers have dwindled, but illegal migrants still take deadly journeys to Europe via the Aegean Sea. Figures show more than 42,000 were stopped so far this year and another 30 died during the journeys

The flow of illegal migrants to Europe from Turkey continues uninterrupted despite efforts to stop them from taking potentially fatal journeys. Strict patrols have managed to curb the numbers, but the Aegean Sea near Turkey is migrants' Europe gateway to Greece, still a favorite destination for migrants.

Turkish Coast Guard Command announced that 42,447 illegal migrants were intercepted within the first 10 months of 2019 and in 1,216 cases of mass illegal migration attempts, 30 migrants perished at sea. Sixty-two migrant smugglers were also detained so far this year, according to authorities.

Illegal, or irregular migration as it is officially called, remains a thorn in the side of Turkey, which sits at the crossroads of three continents. The country boosted patrols at sea and on land but still struggles to stop the influx of migrants from the Middle East, Africa and Asia looking to reach Europe, a destination where a growing opposition to migrants fails to deter the desperate ones whose only option is migration.

Either fleeing poverty or prevailing conflicts, thousands arrive in Turkey every year to take their chance at illegally crossing into Europe. In this country bordering Bulgaria and Greece at sea and land, illegal migrants are a usual sight; only their number has been aggravated in recent years. In 2018, some 268,000 illegal migrants were held in Turkey, according to the Interior Ministry.

Illegal migrants take Aegean, Mediterranean and Black Sea routes to get to European countries; the Aegean is the most popular as it is dotted with Greek islands in close proximity to Turkish shores. Prior to their travel to western Turkey where Aegean shores are located, migrants enter Turkey from borders in the east and south. Afghan migrants amass at the eastern border with Iran, especially in winter months. Though many make it into Turkey by crossing treacherous terrain, others succumb to freezing temperatures. If they can make it into Turkey alive and dodge authorities, migrants secretly travel to big cities in the west to work and live though many prefer taking the Aegean route into Greece.

Turkey has been critical of the European Union for doing little to help relieve burden the migrants posed to the country. President Recep Tayyip Erdoğan often slams European countries for not fulfilling pledge of funds to help care of migrants in Turkey. Turkey and the European Union signed a deal in 2016 to reduce the number of illegal migrants on the dangerous Aegean Sea route. The deal stipulates that Greece is to send migrants held on its Aegean islands back to Turkey. In return, Turkey is to send Syrian migrants it hosts to various European Union countries. The deal also saw an escalated crackdown on human smugglers and increased sea patrols to prevent immigrants, and for a while, it helped reduce the number. Yet, some desperate migrants still take the route as evidenced with the high numbers.