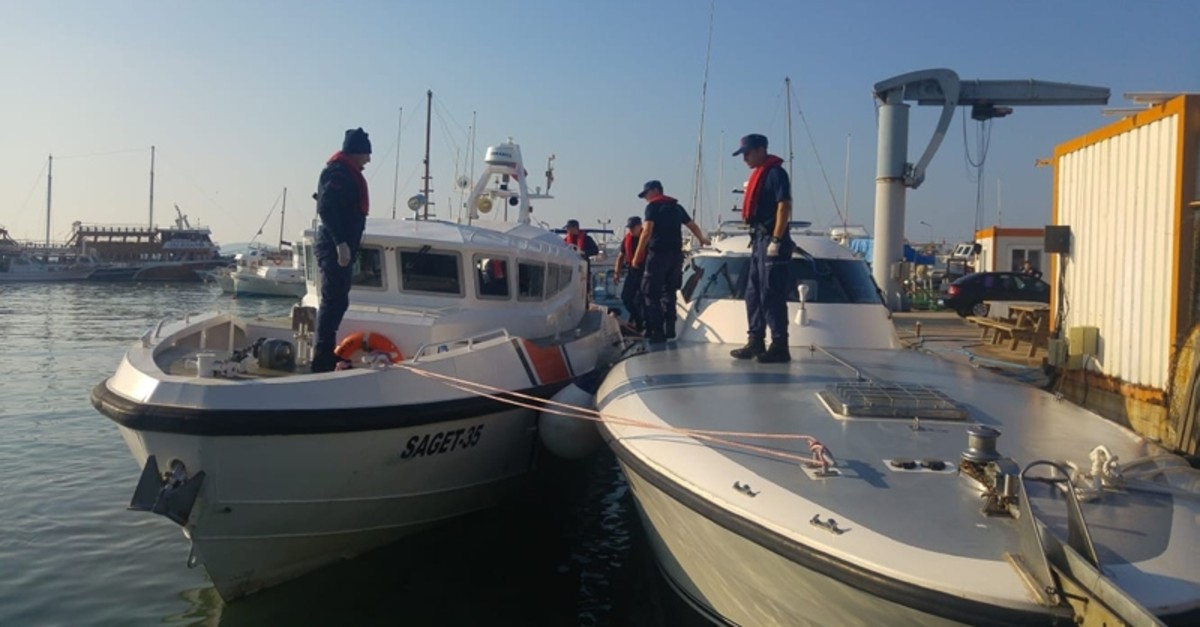 A 2-month-old baby and a child died Monday after a boat carrying 35 irregular migrants sunk off the coast of Ayvalık district in Turkey's Balıkesir province.

Turkish coast guard rescued 33 irregular migrants. The child died during the accident and a search was initiated for the infant, whose body was later found.

Upon being alerted to the emergency, Turkish coast guard dispatched one aircraft, four boats and a diving team to respond.

The irregular migrants were attempting to reach the Greek island of Lesbos.

According to official figures, about 180,000 irregular migrants have been held so far in 2019.
RELATED TOPICS