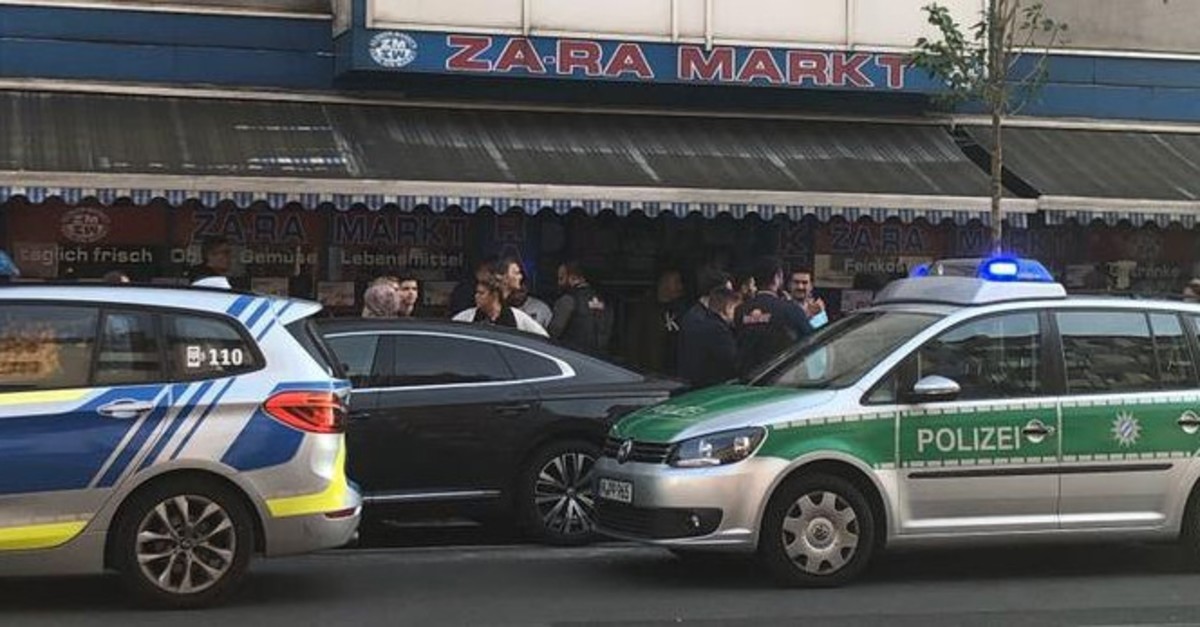 Supporters of the PKK and its Syrian affiliate People's Protection Units (YPG) attacked a Turkish grocery store in the southern city of Nuremberg on Saturday.

"One of them came with a baseball bat and hit my nephew on the head," said Nart Fatih, owner of the shop.

After the YPG supporters shattered one of the glass fronts and ruined most of the fruit and vegetables on display, the police intervened and removed them from the shop. However, the alleged baseball bat wielding attacker was able to flee. The shop owner's nephew was brought to a hospital.

According to the local police, the verbal attacks continued after the intervention but eventually the march moved on.

The police said they would investigate all violations that occurred during the protest. Even before the attack on the Turkish shop, the sympathizers threw stones at the officers, wounding one in the hand.

The YPG sympathizers were protesting against the Turkish Operation Peace Spring while brandishing insignia of the terror organization on German streets. Turkey launched the operation, the third in a series of cross-border anti-terror operations in northern Syria targeting terrorists affiliated with Daesh and the PKK's Syrian offshoot the YPG, on Oct. 9 at 4 p.m.