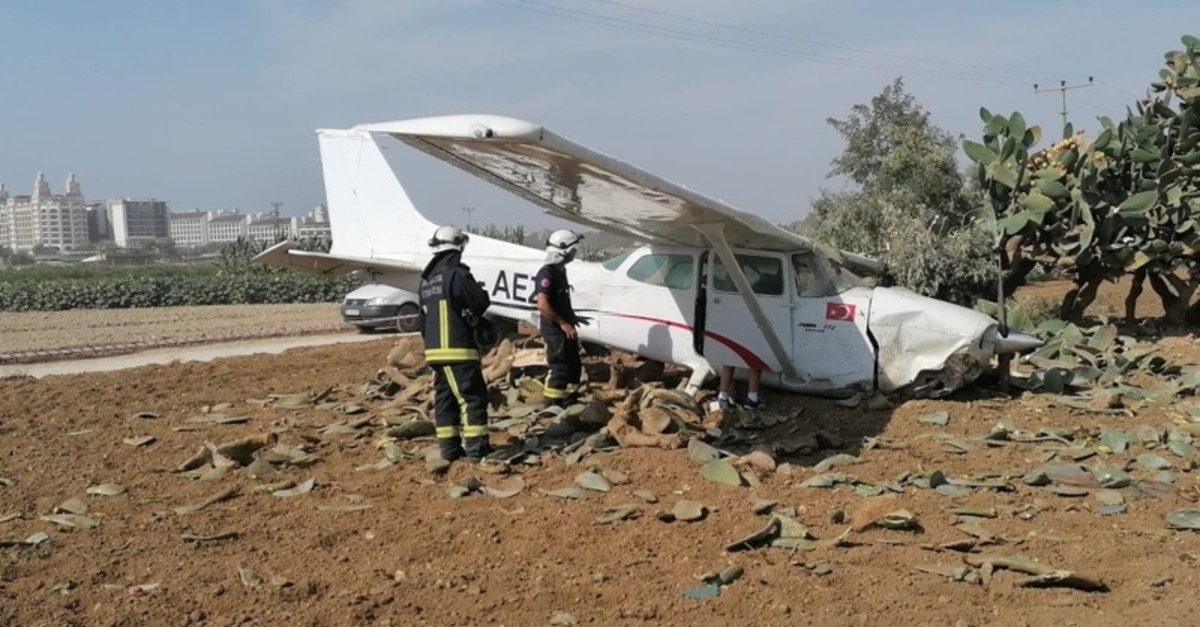 No one was killed or injured in the accident, according to initial information provided by the provincial governor. Firefighters and medical teams were dispatched to the scene of the crash.

Antalya Gov. Münir Karaloğlu told Anadolu Agency (AA) that the plane crashed shortly after takeoff. AA said that the plane hit a patch of cactuses while taking off.

The pilot and co-pilot were taken to the hospital for health checks.

An investigation has been initiated into the accident.