Fight against illegal immigration pays off with thousands stopped 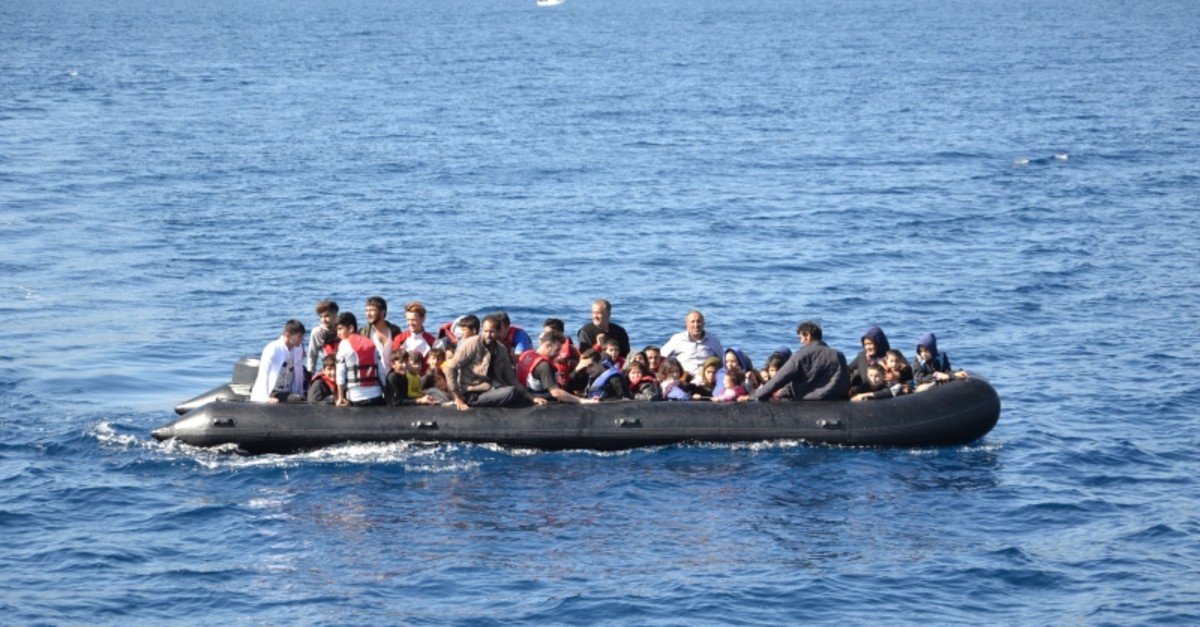 Turkey has largely managed to curb illegal migration to Europe via its territories, intercepting over 336,000 migrants so far this year and ensuring the return of more than 72,000 to their home countries


Turkey continues to battle irregular or illegal migration as conflicts and poverty rage on elsewhere in the world and more people amass on its borders seeking a path to Europe. The country’s resolute efforts to stop the illegal migrants risking their lives and money continues unabated. Troops patrol the reinforced borders, while police and gendarme units spontaneously conduct raids in migration hot spots to stop illegal migrants. Between the start of January and Oct. 15 of this year, authorities intercepted 336,707 illegal migrants.
Turkey sits at the intersection of three continents, Asia, Europe and Africa, thus putting it at the heart of migration for those from underdeveloped and developing countries mired in turmoil, poverty and other problems looking to settle in richer but increasingly xenophobic Western countries. As economic and political turmoil worsens, more people seek to reach Europe for a better life, a better job and/or joining their families already settled there. Amid an increasing influx of migrants, Turkey set up a Directorate-General of Migration for a more coordinated response to the illegal migration.
In September alone, 67,371 illegal migrants were intercepted, an all-time high in the span of a month. Official figures show 30% of illegal migrants were stopped in Edirne, Kırklareli and Tekirdağ, three provinces in northwestern Turkey, bordering or close to the border with Greece and Bulgaria. It is Turkey’s only land border with those two countries at the gateway of Europe. Greece and Bulgaria are the launch pad for migrants to reach Germany, which still counts among the most tolerating country for migrants among other European Union member states. Some 23% of illegal migrants stopped since January was in Istanbul, the country’s most populated city. Istanbul has been a major attraction for migrants for centuries, but the metropolis nowadays is overburdened with an ever-growing domestic population, courtesy of migrants from other Turkish cities. Migrants from African countries mostly prefer to stay and find work in the city, while others mostly spend a short time in the city and seek ways to reach Europe. Another 22% of illegal migrants were intercepted in İzmir, Çanakkale, Balıkesir, Muğla, Aydın, Antalya and Mersin, cities on Turkey’s Aegean and Mediterranean shores.
Illegal migrants take Aegean, Mediterranean and Black Sea routes to get to European countries; the Aegean is the most popular as it is dotted with Greek islands in close proximity to Turkish shores. Prior to their travel to western Turkey where the Aegean shores are located, migrants enter Turkey from borders in the east and south. Afghan migrants amass at the eastern border with Iran, especially in winter months. Though many make it into Turkey by crossing treacherous terrain, others succumb to freezing temperatures. If they can make it into Turkey alive and dodge authorities, migrants secretly travel to big cities in the west to work and live, though many prefer taking the Aegean route into Greece.
Authorities announced that 16,789 illegal migrants were intercepted last week alone and expect the number of stopped migrants to rise above 70,000 by the end of this month.
The number of migrants deported to their countries also increased. Last month, 10,720 migrants were sent back to their home countries, the all-time highest in the number of deported migrants in one month. As of Oct. 12, 72,029 migrants have been returned home, according to official figures.
Last Update: Dec 20, 2019 1:04 am
RELATED TOPICS