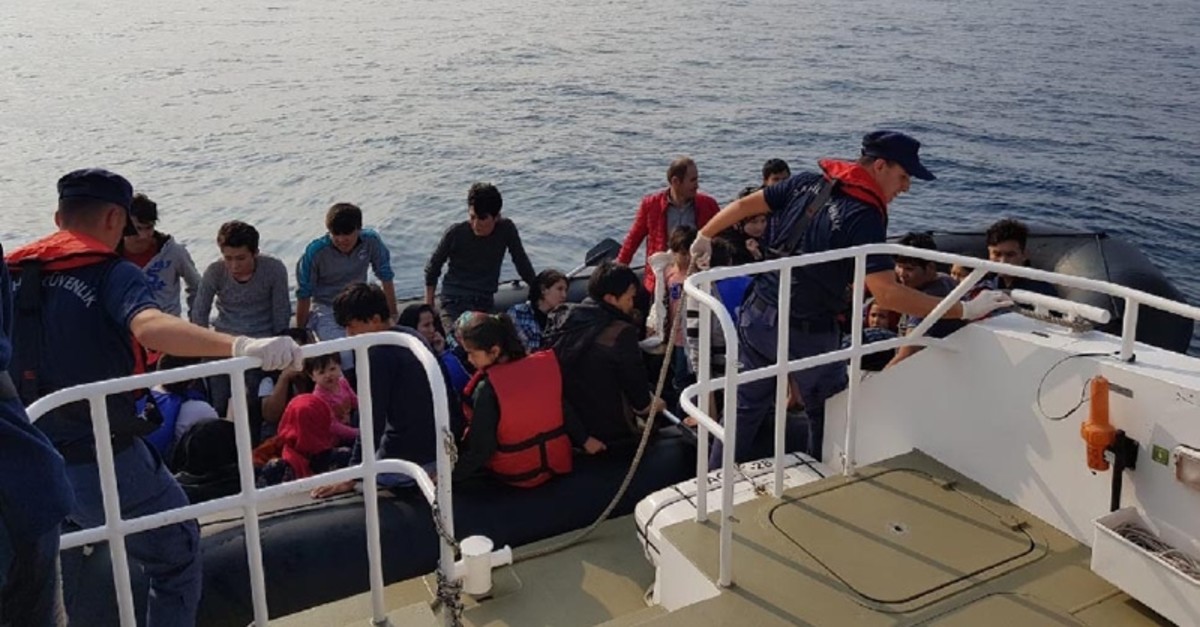 According to local security forces, the migrants were spotted in dinghies off the coast of the Aegean Sea by coast guards.

64 migrants, including 58 Afghans and six Syrians, were held off the coast of the Süngükaya Island in Izmir's Çeşme district.

Another 41 were held off the coast of Karaada. Of them, 21 were from Afghanistan, 17 from Syria and another three from Iran.

One more boat with 68 irregular migrants on board was captured by security forces off the coast of the Seferihisar district. The group consisted of 42 Afghans, 23 Syrians, one Palestinian, one Algerian and one Kuwaiti.

The migrants were taken to the provincial migration office.