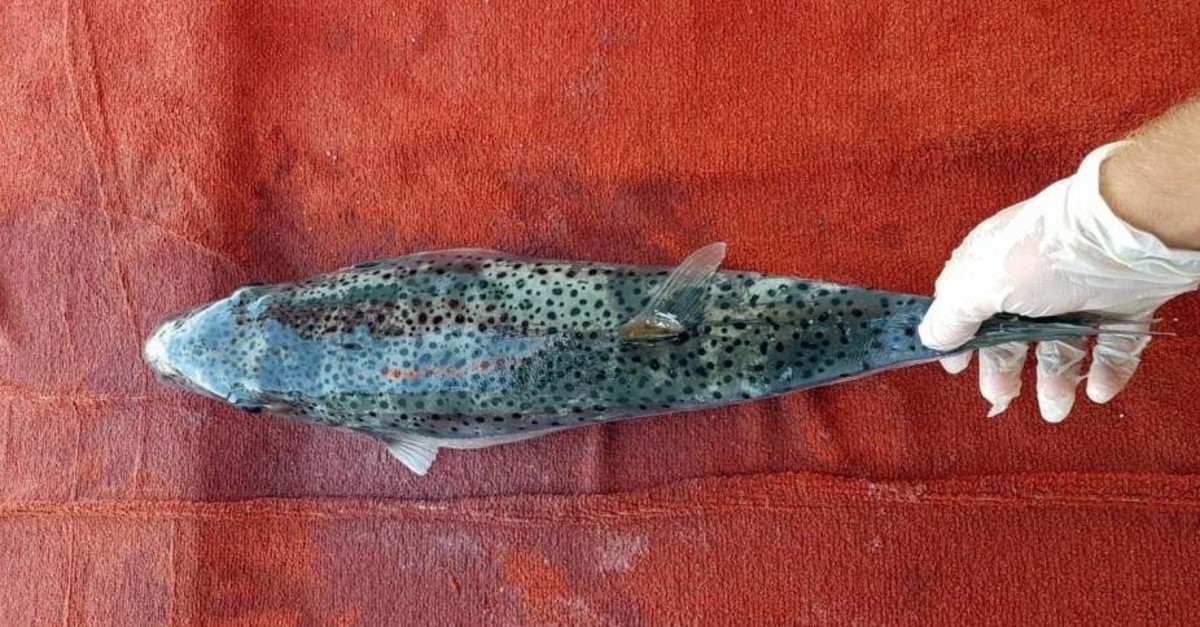 Experts have called for a fight against the poisonous silver-cheeked toadfish as the number of the invasive species in Turkish waters grows.

The innocuous-looking fish, which grows roughly 50 centimeters, surged in numbers in the Mediterranean Sea and holidaymakers reported close encounters with the fish this summer. The species is native to Indian and Pacific oceans.
Touching the fish can cause serious burns on the skin while consumption can be outright fatal.
Professor Saadet Karakulak of Istanbul University's Fisheries and Aquaculture Department said Turkey needs to encourage hunting of the fish to curb its population growth.
“You have to take measures the moment a foreign species enter the ecosystem. We see the prevalence of toadfish in the Mediterranean. They have a capacity to grow and we can only curb them by hunting. Authorities can organize fishing contests for instance,” she says. Still, it might be “too late,” she warned.
“It is impossible to control the population once a species start multiplying. We can only hope it wouldn’t reach the Marmara Sea. If it does, fishermen should be offered incentives to target them,” she said.
Professor Meriç Albay, head of Faculty of Maritime Sciences at Istanbul University, says the toadfish is “an enduring species.”

“It made its way into the Mediterranean in the early 2000s via the Suez Canal. It later traveled to the Aegean. It is a very aggressive species and has strong teeth. It can eat anything,” he said.
He added that it emits a kind of tetrodotoxin, a potent neurotoxin that can be fatal for both humans and other species. “Just 2 milligrams of tetrodotoxin can kill a person, weighing 50 kilograms, within six to 12 hours,” said. “Now we have to live with them. This is a species that may harm the tourism sector and scare away people. Authorities should develop new tactics to combat it. Hunting may be an option,” he said.