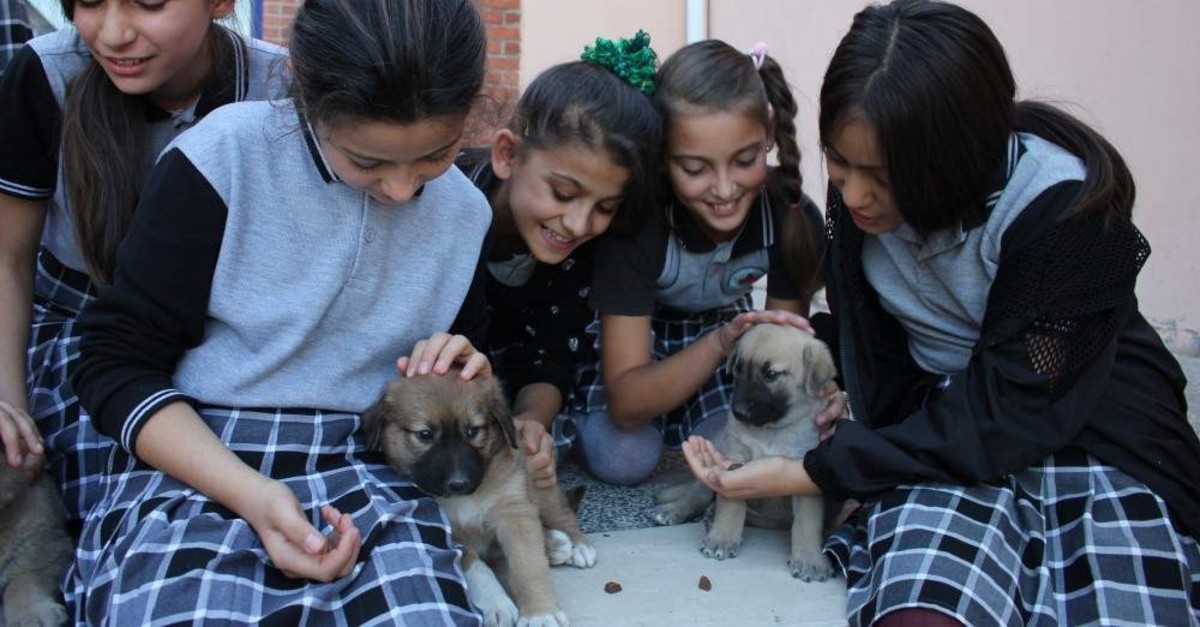 A parliamentary committee wrapped up a report on animal rights and presented a set of recommendations to Parliament, from enacting laws giving prison terms for animal abuse to a ban on new zoos

Turkey aims to boost animal rights amid uproar over a string of animal abuse and killing cases. The Turkish Grand National Assembly’s Animal Rights Investigation Committee suggests a series of landmark changes to laws and new regulations to improve animal welfare. The committee presented its draft report on the issue to lawmakers on Tuesday. The report calls for prison terms for the mistreatment of animals as well as a future ban on zoos and to animal sales in pet shops.
With more media coverage and thanks to social media, animal rights and rights activists have found more voice to raise awareness on problems animals faced in the country. Turkey prides itself on being the descendants of Ottomans, whose humanitarian outreach extended even to wild animals. Yet, stories of viciously killed stray cats and dogs dominated headlines in recent years. Animal rights activists say laws are insufficient for proper punishment in such cases and the parliament decided to set up a committee to investigate the matter. The committee which started work last May, heard animal rights activists, pet shop owners, academics, experts and others on the issue for months, The committee’s chairman Mustafa Yel told reporters that they worked to put an end to “images that hurt public conscience.” He was referring to photos of savagely mutilated animals in separate cases of violence against animals that made rounds on social media. Yel said that their draft report had 34 points and they sought to help Turkey’s advance on animal rights, to put an end to violations of those rights. The report’s first goal is a major amendment to Law for Protection of Animals. Lawmakers in the committee want its name to be changed to the Animal Rights Law and redefine animals as “living beings” rather than a “commodity” or “property,” as they are currently defined.
Mistreatment or killing of stray animals are punished with lenient fines as the laws construe it as damage to property or commodity. The committee also wants the state to classify animals as “house animal,” “city animal,” and “wild animal,” rather than current jargon which simply describe them as “claimed animal” and “unclaimed animal.” “House animal” refers to pets while city animal refers to stray dogs and cats which are a common sight in cities. The committee says rather than filing crimes against animals under Misdemeanors Law to the chagrin of public, the state should make it a crime punishable with a minimum prison term of two years and one month. Yel says sentences should not be postponed or pardoned.
Another issue is shelters for animals. The committee says municipalities are tasked with setting up shelters for stray animals and their sterilization but they are not up to the task. Out of 1,398 municipalities, only 234 have shelters. Mustafa Yel says “unfortunately most of them are turned into places where animals are subject to violence and had accommodation problems.” The committee calls for an amendment in municipality laws for a proper task definition for shelters’ operations and investigation into municipalities, mayors or other officials for violation of animal rights. The committee report urges the employment of well-educated staff at those shelters, around-the-clock camera surveillance of shelters and online public access to security cameras at shelters.
To fund the municipalities in operation of shelters and animal care, the committee suggests the establishment of an Animal Welfare Fund under the control of the Ministry of Agriculture and Forestry. It also suggests setting up a law enforcement arm for crimes against animals, within police, gendarme and municipal police.
Treating animals well, like other issues plaguing the society, requires public awareness. The committee recommends placing classes in primary school curriculum to endear the children to animals, to teach them “a culture of sympathy” for animals.
The committee also touched upon the issue of horse-drawn carriages. Horse-drawn carriages are popular in several cities, especially in Istanbul’s Prince’s Islands. Yel says they wanted removal of horse-drawn carriages from the use. The traditional practice is often associated with abuse and cruelty against animals. Several cities including İzmir and Antalya already banned horse-drawn carriages that offer rides to tourists. The plight of horses especially at the Princes’ Islands has long drawn the ire of animal rights activists. Activists claim that dozens of horses die every summer on the steep roads of the islands after being forced to carry heavy loads for long hours without any breaks. They claim that most of the horses brought to the islands are either old and crippled race or utility horses. Images emerge every year of exhausted and wounded horses collapsing and dying in the streets while dozens look on. Accidents, overpricing and fights are common, and some coachmen were even charged with forming a gang. Despite protests, pledges to introduce electric carriages and even minor scuffles between activists and coachmen both on the islands and on the mainland during the transportation of the horses, the issue remains unresolved.
On animals used in experiments, Yel says they urged animal rights ethics boards to be more careful and warned all institutions not to use animals in experiments unless it is necessary.
A landmark proposal of the committee is a ban on zoos and controversial dolphinariums. Mustafa Yel says Turkey hosts nine dolphinariums and they recommended a ban on the opening of new dolphinariums while giving two years to existing ones for the rehabilitation of the dolphins they hosted. He said they also suggested a ban on new zoos and a ban on the sale of animals in pet shops.
Sterilization was a priority for the committee. Yel says that the total population of stray dogs and cats in Turkey is unknown and they wanted a census by next year. “After the census, we recommend extraordinary measures to be taken for rapid sterilization of those animals. Within four years, municipalities and state authorities can complete the sterilization of all animals and resolve this issue.”
Last Update: Dec 20, 2019 1:12 am
RELATED TOPICS