Fire breaks out in northwestern Turkey, historic mansion burnt down 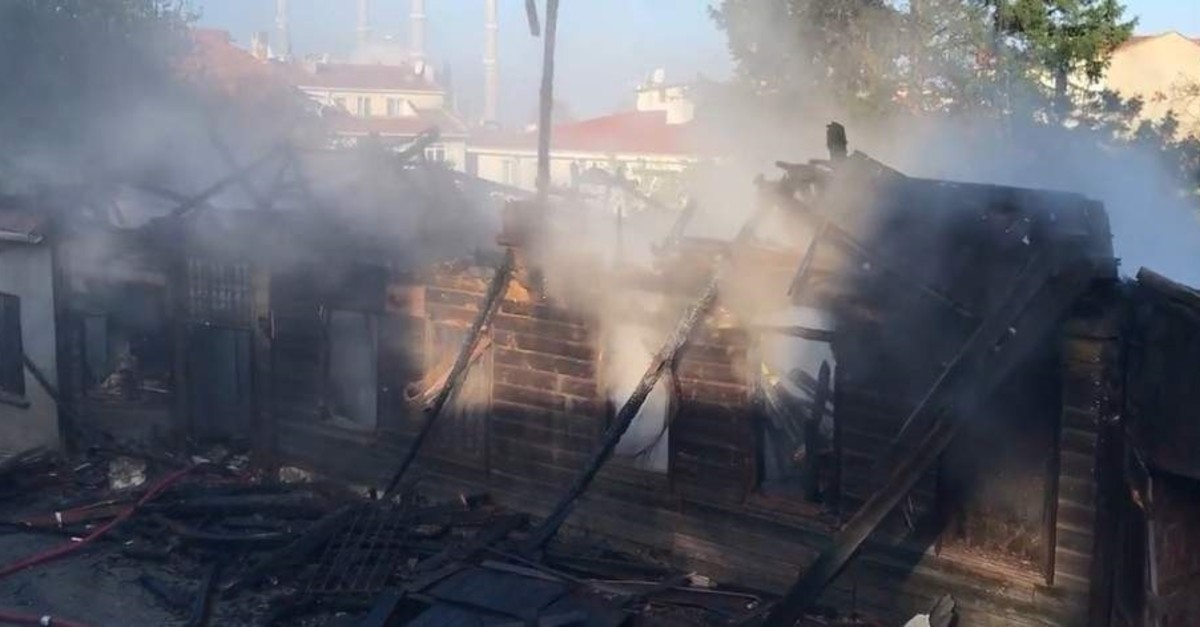 A historic mansion in northwestern Turkey's Edirne province was reduced to ashes in a fire early Friday morning. (IHA Photo)
by Oct 25, 2019 6:52 pm

A historic mansion in northwestern Turkey's Edirne province was reduced to ashes when a fire broke out in the early hours of Friday.
Municipality firefighters arrived at the scene to extinguish the fire before it spread to other areas in Kıyık district, after being informed by locals who saw the mansion burning.

The firefighters managed to contain the fire within three hours; however the 100-year-old historic mansion was completely destroyed.

The cause of the fire is still unknown and an investigation has been launched into the incident.

The mansion was initially built in the early 1900s and had been listed as a protected cultural asset.