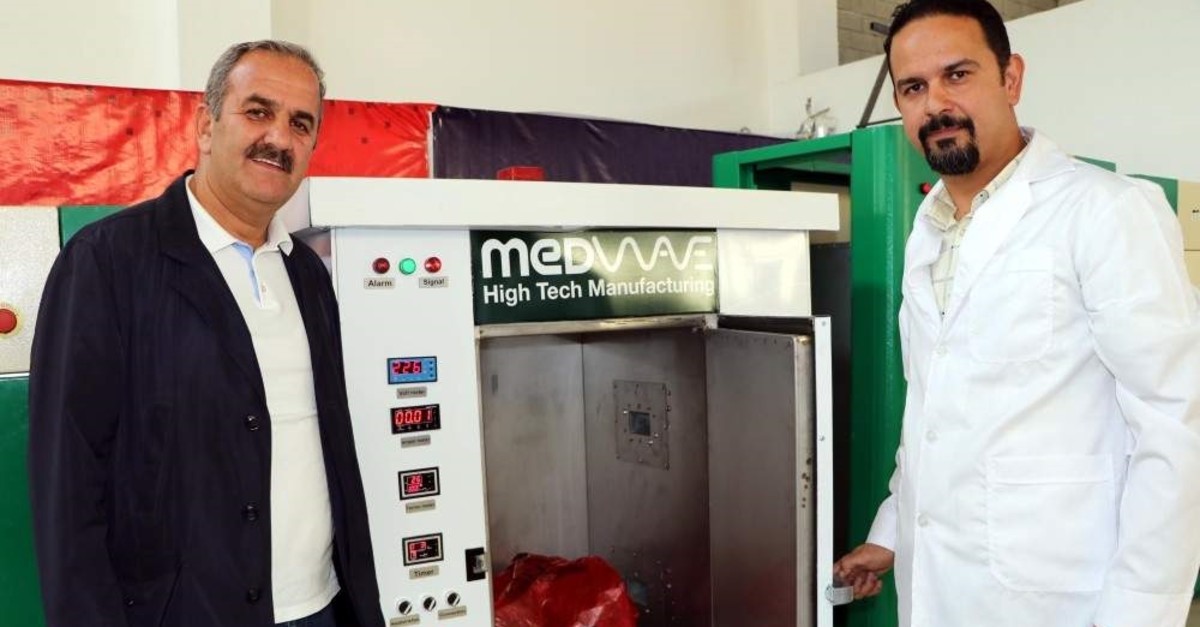 A firm in eastern Turkeyu2019s Van province developed a device that disinfects medical waste on-site with microwave technology u2014 the first such device to be used in Turkish hospitals. (DHA Photo)
by Daily Sabah with DHA Oct 25, 2019 5:45 pm

A firm that operates under the Business Development Center (İŞGEM) in eastern Turkey’s Van province has developed a device that disinfects medical waste on-site with microwave technology — the first such device to be used in Turkish hospitals.

The device was developed by mechanical engineer and doctor Mehrdad Fojlaleyas part of a project carried out by İŞGEM.

Fojlaley said there were no such devices in Turkey and they had also received an international patent for the newly-developed device, adding that previously Austria was the only country that used microwave technology to disinfect medical waste.

However, he pointed out that the devices used in Austria used water as well, while the device developed in Turkey only used electricity and microwaves. The new device can disinfect medical waste in just 60 seconds, and is energy-efficient with relatively low energy consumption.

İŞGEM Chairman Mahmut Gedik said that medical waste traditionally was collected and transferred to centers where they were disinfected in pressure chambers called autoclaves, noting that this process had serious costs.

Gedik said that after the necessary legal process was completed, the newly-developed device will start to be used in hospitals to disinfect medical waste in accordance with World Health Organization (WHO) standards, adding that with the device the cost of disinfecting medical waste will be drastically reduced to almost zero.