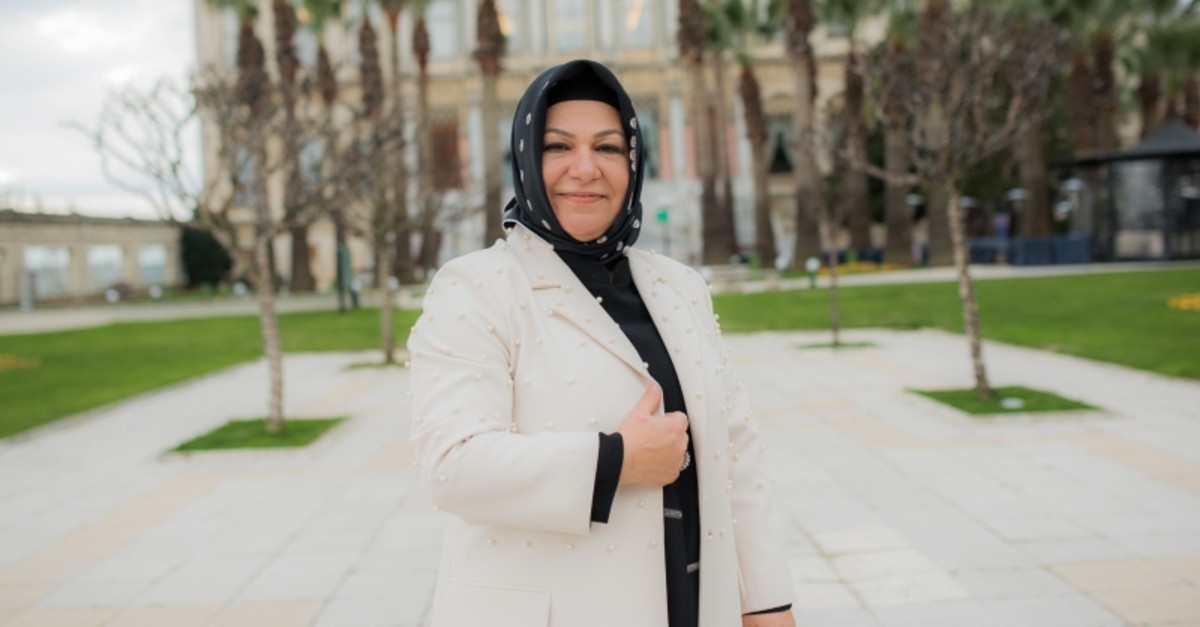 Sympathizers of the PKK terror organization in London attacked Şeyma Döğücü, the mayor of Istanbul’s Sancaktepe municipality, on Saturday.

Döğücü, who was attending a meeting of the International Municipality Association, said she encountered anti-Turkey protests by the sympathizers of the terror group. The protesters were brandishing banners claiming that Turkey and President Recep Tayyip Erdoğan were murdering civilians during the Turkish Operation Peace Spring in northern Syria.

“We could not remain silent to the lies, slander and insults, so we did not. 'You're lying!' I shouted. They attacked us with flagsticks and (threw) punches,” Döğücü said.

“There were only two police officers with us, which was very inadequate,” she added. Her spouse and adviser intervened and removed her from the fight.

“Whatever the conditions, we will continue to shout the truth to the whole world under the leadership of our president by standing upright in the face of injustices against our country, our nation and our president,” she said on Twitter.

Supporters of the PKK up their attacks and terrorize Turkish places of worship and establishments in Europe whenever Turkey takes action against the terror group and its affiliates. Operation Peace Spring, Turkey's third anti-terror operation launched on Oct. 9, saw similar protests and violent attacks against Turks all across the continent.

The most recent attacks occurred in Norway, where PKK supporters attacked a Turkish cafe and the counter of Turkish Airlines at Lanvetter Airport.

The attacks not only targeted Turkish civilians but also foreign missions, businesses, Turkish associations and mosques, and the sympathizers of the terror group even set fire to some of these places. Apart from attacking the Turkish community, PKK supporters also held rallies in support of the terrorist group in several European capitals, including Berlin, London, Amsterdam, Cologne and other cities.

As the attacks have mounted, Turkey has called for an increase in security measures against PKK violence in European countries.