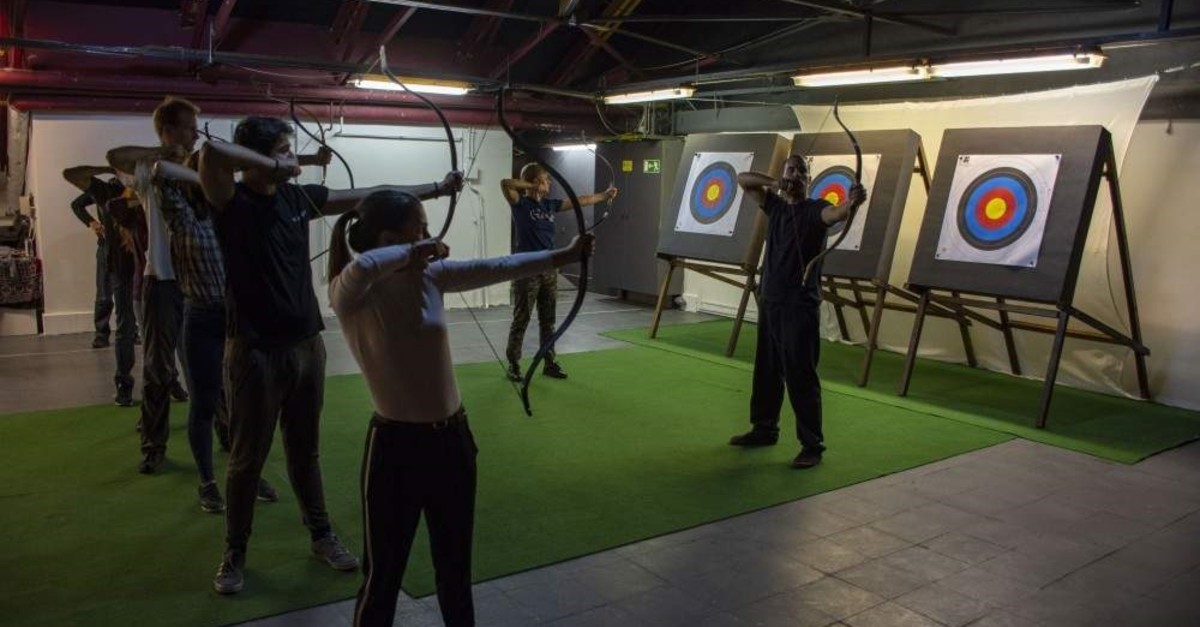 Hungary has long been known as the home of skilled archers and as far back as the 10th century, they were described as having an army crafty in using bows. Some historical sources claim they learned mounted archery from Turks, and today, a Turkish institution is teaching Hungarians how to shoot arrows again.

In Budapest, the Yunus Emre Institute and Turkey’s Archers' Foundation run archery lessons for the locals and Turks living in the country. The classes are a part of the Kemankeş Project of the institute and foundation to teach traditional Turkish archery abroad.
Two Hungarian instructors, who received training at the Archers' Foundation in Istanbul, teach the classes for enthusiasts from all walks of life and of all ages.

Yakup Gül, head of the Budapest Yunus Emre Institute, told Anadolu Agency that they were working to make people more familiar with Turkey and increase the number of Turkey’s friends.
The institute, launched about six years ago, already offers several courses, from Turkish language education to marbling. He says archery is very popular in Hungary and their classes have seen some huge interest.

Angel Viktoria, one of the instructors, said Hungarians knew little about Turks a decade ago, but Turkish institutions like the Yunus Emre Institute and the Turkish Cooperation and Coordination Agency (TİKA) have been instrumental in reintroducing Turkish culture.

“There is little difference between Turkish and Hungarian archery. They use the same type of bows and arrows but the Turkish style of pulling the bowstring is different,” Viktoria says.

Peter Badit, a 64-year-old trainee, says he started archery as a hobby and was into Hungarian archery before he heard about the lessons at the Yunus Emre Institute and decided to give it a shot.