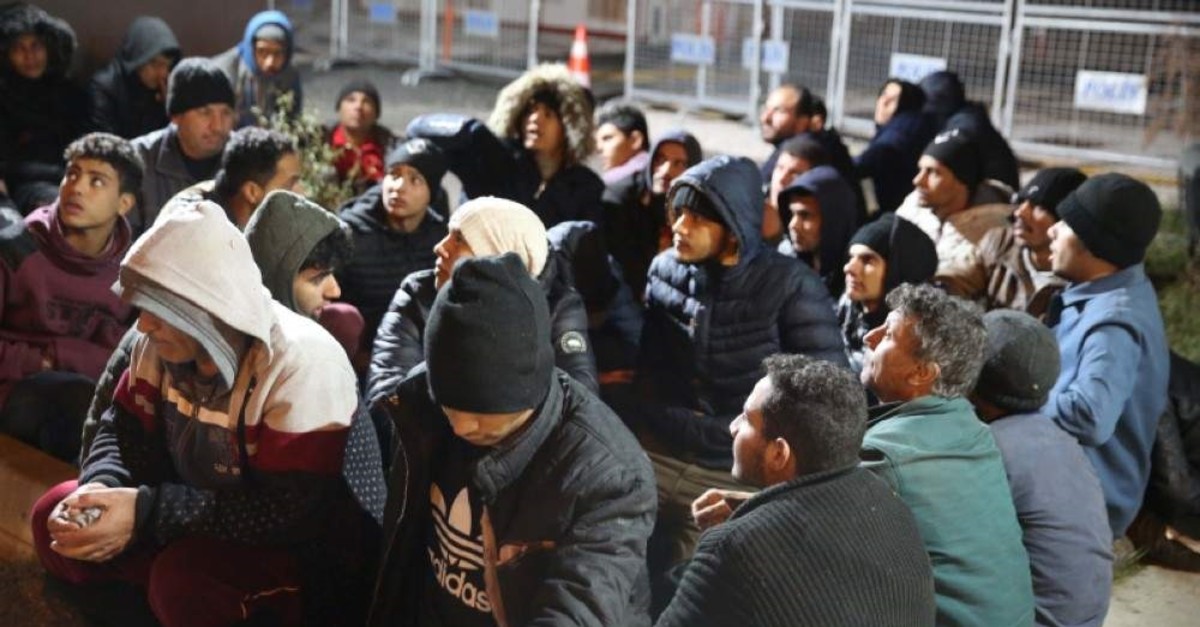 More than 250 illegal migrants caught on Monday by the Turkish border units in the northwestern province of Edirne claimed they were assaulted by Greek security forces before being illegally pushed back to Turkey. The migrants told Turkish security forces that they crossed the border and upon being caught by the authorities they were indiscriminately beaten.

Sayyed Habib, a Pakistani migrant, told reporters that the Greek soldiers first hit them, then forcibly took their mobile phones, shoes and money. After that, they were sent back over the Maritsa River (also known as the Meriç), which flows between the two countries. “They treated us very badly. The Turkish soldiers treated us very well. They gave us food and shoes," Habib said. The group of 252 migrants, mainly from Afghanistan, Pakistan and Algeria, were transferred to the provincial migration office.

Their accounts reflect similar incidents in the past where migrants accused Greece of engaging in the controversial "pushback" practice. Under international laws and conventions, Greece is obliged to register any illegal migrants entering its territory. However, this has not been the case for some migrants who have been forcibly returned to Turkey, especially since the beginning of the refugee influx into Europe in 2015. Testimonies of dozens of migrants interviewed by Turkish migration authority staff and social workers show that they were subjected to torture, theft and other human rights abuses.

The Turkish Foreign Ministry called on the Greek government in October to end the illegal pushbacks. Greece, meanwhile, denies pushing back illegal migrants but the figures published by the ministry speak for themselves: in the first 10 months of 2019, 25,404 illegal migrants were pushed back into Turkey by Greece, a significant increase from the 11,867 migrants pushed back in 2018.