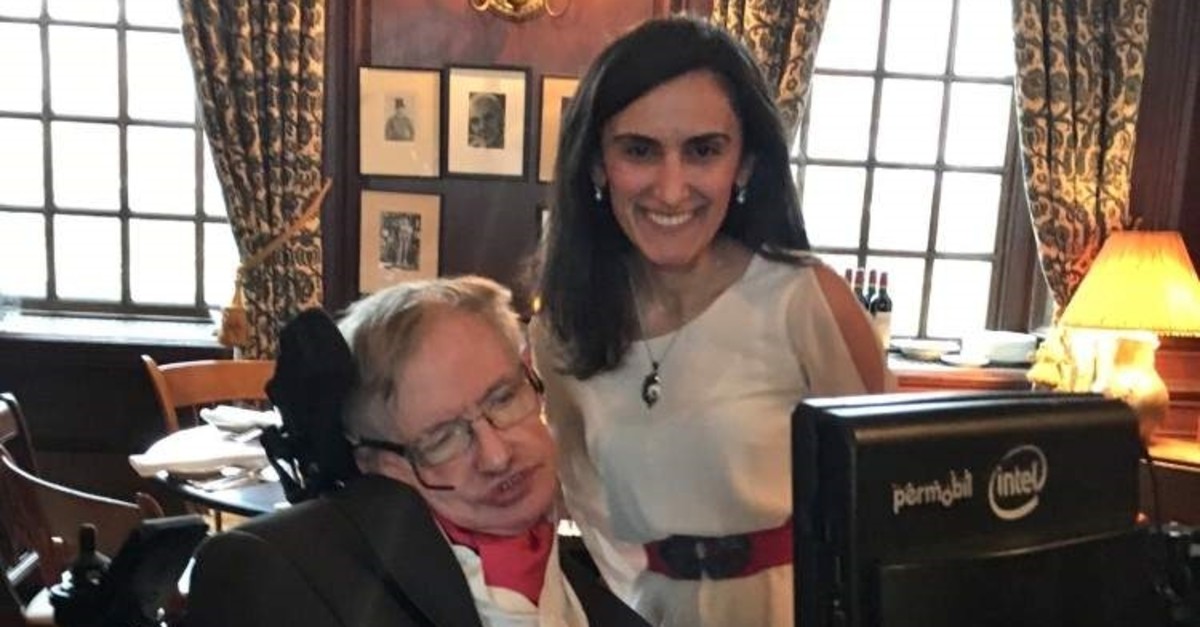 Canan Dağdeviren has sought to help Stephen Hawking better express himself and a year after the famed theoretical physicist’s death, her work nears completion. Dağdeviren, herself a famed Turkish scientist, said Tuesday that the clinical trials of a device she is working on were completed. The device will aid amyotrophic lateral sclerosis (ALS) patients, like Hawking. It enables patients to use even the smallest body movement to express themselves.

Dağdeviren, the first scientist from Turkey to be named as a junior fellow by the Society of Fellows (SoF) at Harvard University and known for her award-winning "battery-free cardiac pacemaker" project, has been invited to join the faculty of the Massachusetts Institute of Technology (MIT).

She attended the new school year ceremony at Istanbul’s Kadir Has University and spoke to Demirören News Agency (DHA) on the sidelines of the event about the project she has been working on for more than two years. She says she decided to launch the project after she hosted Professor Hawking in 2016 at Harvard Society. Dağdeviren and fellow researchers recently completed work on the device and experimented with it on male and female patients.

“This is a device for people with a speech impediment, not just ALS patients and helps them better communicate. It can detect even a barely recognizable smile or movement and relays it as a code to a [connected] computer. It picks one among thousands of words to match the expression the patient made,” she said.

“I noticed that an ALS patient needs too much time to form a sentence when I met Hawking in 2016 and it was that night I decided to develop this device,” she says. The wearable device can be placed on patient’s face and can also be used for people without speech impediment. “You can convey your thoughts to other people simply with gestures so other people around you would not notice it,” she says. The device will be ready for sale in less than five years.