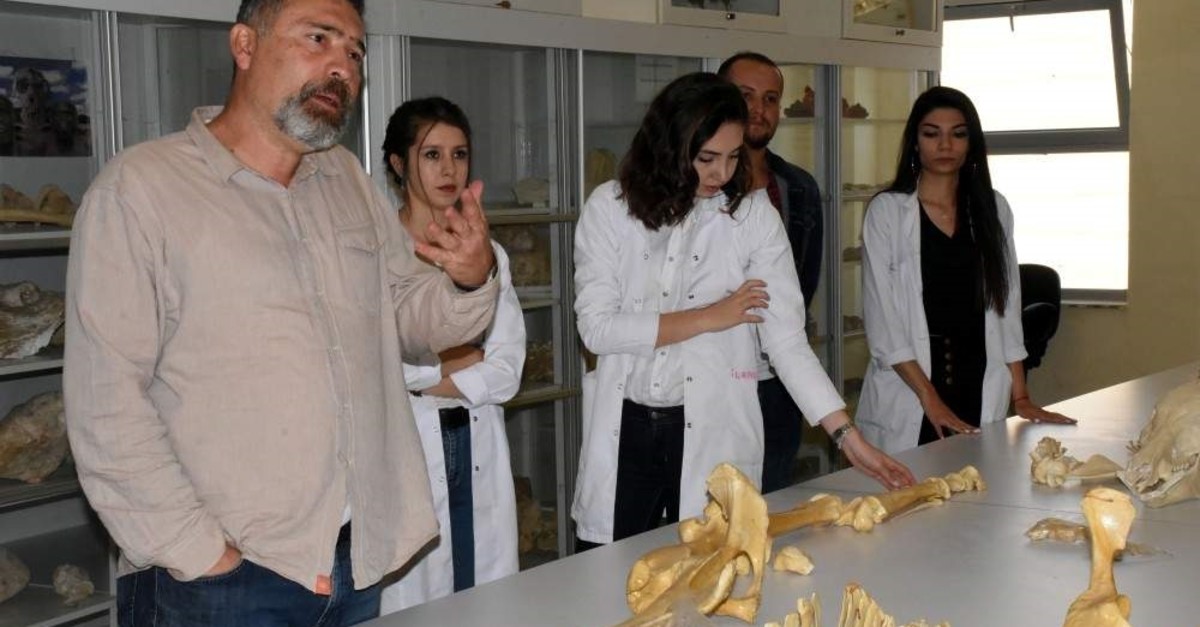 Turkish and foreign experts study the bones found in Ku0131ru015fehir's Kurutlu village. (AA Photo)
by Daily Sabah Nov 06, 2019 4:54 pm
Turkish and foreign scientists have joined forces to bring global attention to millennia-old fossils discovered in Kırşehir, a city in central Turkey.
Excavations in Kurutlu, a village in the Kaman district, brought to light fossils dating back as far as 8 million years. Since the excavations that started in 2015, experts from Turkey and abroad have been studying the fossils of animals ranging from elephant to monkeys at Kırşehir Ahi Evran University’s laboratories. In three laboratories, scientists from Japan, Switzerland, the United States, Ethiopia and Germany have joined forces to record the fossils in anthropological journals.
Associate professor Ahmet Cem Erkman, who leads the excavation in Kurutlu, told Anadolu Agency (AA) that they unearthed nearly 2,000 fossils in the excavations, including the bones of elephants, giraffes, monkeys and rhinoceros, which are not endemic to modern-day Turkey, along with the bones of horses and cats. He said that the discovery attracted the attention of the international science community. “It is safe to say that Kurutlu and even Kırşehir are definitely places that deserves to be studied, to be included in paleontology journals,” he said, adding that although Turkey financed the excavation, it as become part of the heritage for the world.
Last Update: Dec 20, 2019 1:30 am
RELATED TOPICS