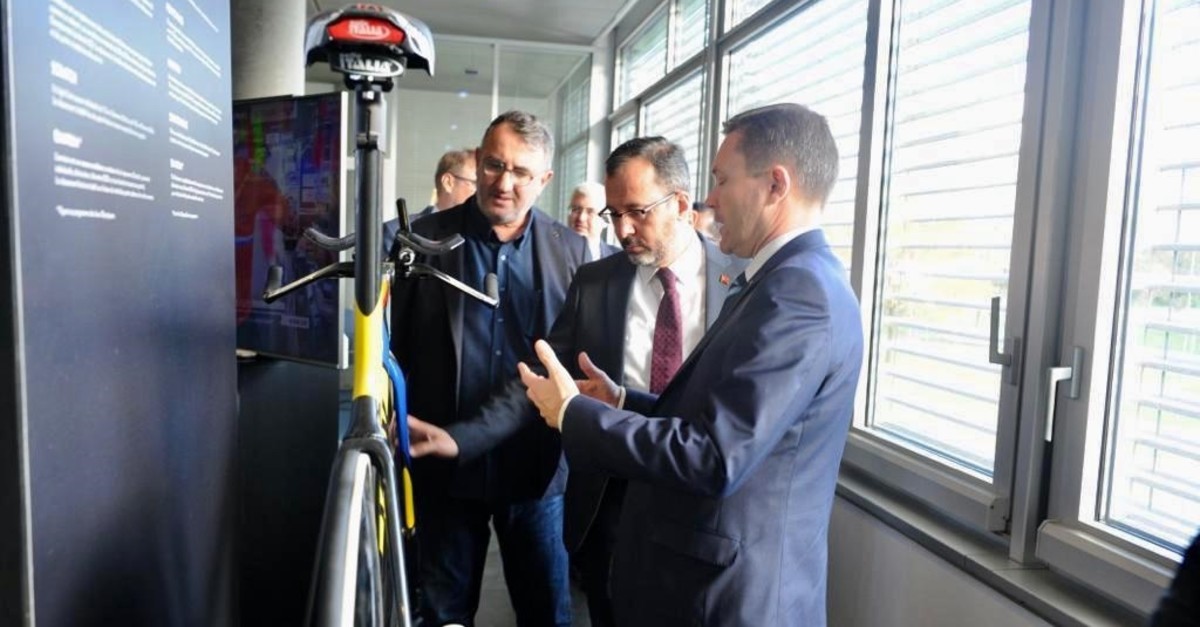 Turkey will build the country's first velodrome in the central province of Konya, Youth and Sports Minister Muharrem Kasapoğlu announced Wednesday.
The minister is currently in Switzerland to meet the International Cycling Union (UCI) officials to discuss the project. He met UCI President David Lappartient and General Manager Amina Lanaya at the World Cycling Centre in Switzerland’s Aigle. The meeting was held to exchange ideas and make sure the proposed velodrome meets international standards.

In a statement after the meeting, Kasapoğlu said the velodrome in Konya will have a 250-meter indoor track and the complex’s design will draw inspiration from the World Cycling Centre. Calling the project a milestone for cycling in Turkey, the minister said they aim to promote professional and amateur cycling for all age groups.

Kasapoğlu said the International Olympic Committee (IOC) hands out 34 medals in the cycling category and Turkey wants to increase its share. "The introduction of this world-class facility will help us do that," he said.

Although Turkey has long stretches of roads, cycle lanes are somewhat rare around the country. Most of the cycle lanes are either too short or not properly integrated with the city’s transportation plan.

Of the over 1,000 kilometers of bicycle lanes in the country, Konya has the most with 515 kilometers. Istanbul follows with just 160 kilometers and Eskişehir with 65 kilometers. Additionally, Izmir and Sakarya have 57 kilometers each.

To promote cycling as a sport and a greener way to travel, the government in cooperation with the World Resources Institute (WRI) launched in April the "Get Turkey Cycling!" campaign. It looks to encourage bicycle usage in urban areas.

The campaign will run until June 30, 2020. During that time, the WRI will collaborate with Izmir, Eskişehir and Lüleburgaz municipalities to establish an urban cycling communication campaign.

Turkey also holds the Presidential Cycling Tour and International Cycling Festival, which draws hundreds of cyclists from around the world.