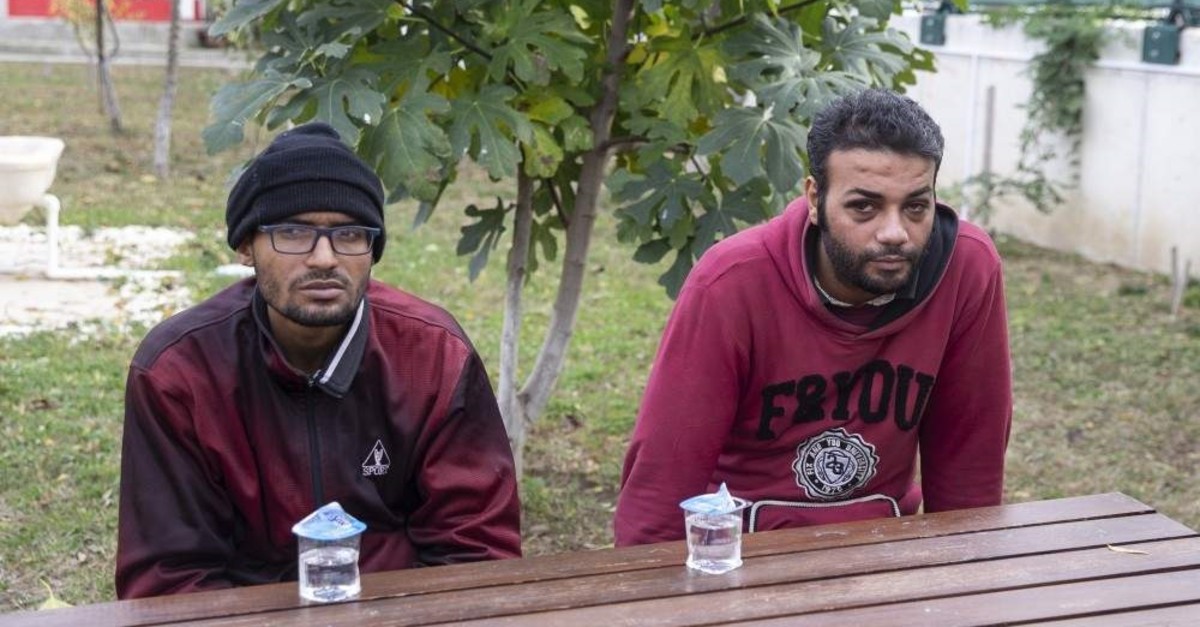 Two Egyptian illegal migrants among the 252 beaten and sent back to Turkey by Greek soldiers on Monday recounted their harrowing experience.
Turkish troops found the migrants near the Kapıkule border crossing between Turkey and Greece in tattered clothes and with bruises on their bodies. They were victims of the controversial “pushback” practice of Greece that involves sending back migrants to the countries they arrive from, a tactic against international laws.
Ahmad Juma’a and Waled Gamal spoke to Anadolu Agency (AA) in Edirne, the Turkish border province they were returned to by force, and detailed “robbery and assault” at the hands of Greek soldiers. The two men still break into tears as they remember the time they spent in Greece. Juma’a’s bloodied eye is a testament to their ordeal. He says Greek soldiers “treated them very badly” and punched migrants and hit them with sticks. “They took our bags and seized our money, cellphones and medicine. One of them punched me in the face, and I saw them hitting my friends with iron bars,” he says.
Gamal says they had just snuck into Greece from Turkey when soldiers stopped them and took them to a border patrol facility where soldiers took all their belongings. “I am sick and dependent on medicine, but I couldn’t have them because they had my bag of medicines. I asked them to give the medicine, but they started beating me. We stayed there for two days. They did not give us food or water. They then took us to the bank of the Meriç (the river between Turkey and Greece) and started beating us again,” he said. Gamal said the water level was low when soldiers pushed them into the river, and they were forced to walk toward the Turkish side. “Turkish soldiers then took us, and they treated us very well. Turks gave us food, helped us and treated those who were injured. May Allah bless Turkey,” he said.
The Turkish Foreign Ministry announced on Oct. 27 that Greece “pushed back” migrants by land and sea and condemned the illegal practice, calling Athens to end it. The ministry says 11,867 migrants were pushed back into Turkey last year, and this number was 25,404 in the first 10 months of 2018.
Last Update: Dec 20, 2019 1:31 am
RELATED TOPICS