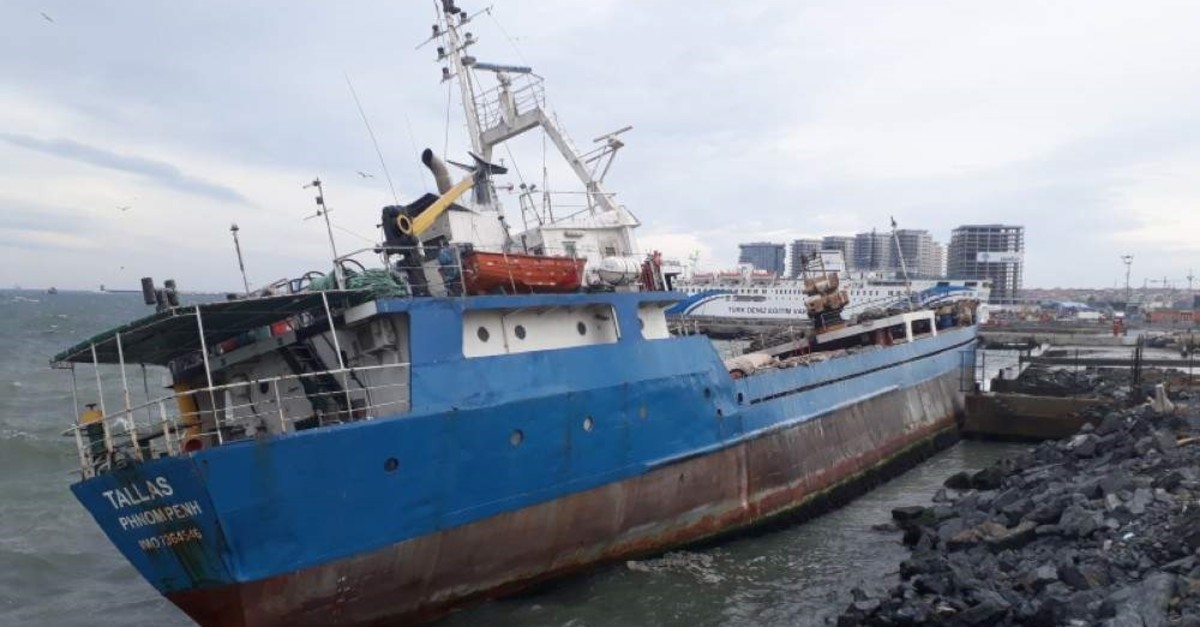 Turkey launched a cleanup program to remove or salvage 140 shipwrecks scattered across the nation's seas and the Turkish Straits that pose serious threat to maritime traffic and the environment. According to the Ministry of Transportation and Infrastructure, the work began after recent changes in legislation that solved legal troubles with the wrecks.
While some of the ships have either sunk or ran aground, others were abandoned by their bankrupt owners or were left to rot buried under red tape because of seizures due to debt. The ministry said 57 of the ships will be removed after repairs or their legal proceedings were quickly finalized, while 32 severely damaged ships will be auctioned for scrap.
Lauding the ministry’s efforts, a retired harbor pilot said the program was a much needed move especially for Istanbul’s congested waters. Saying that there a lot of sunken ships in the Bosporus due to heavy maritime traffic, former captain Saim Oğuzgülgen said some of the wrecks pose a grave threat to maritime safety and the environment.
“Even though those wrecks had legal owners, they became so called ‘ghost ships’ as their owners abandoned them after lengthy legal proceedings. With the recent changes in the legislation, the ministry now gave power to local port authorities to remove these wrecks from their resting positions,” Oğuzgülgen said.
The retired captain said there might be hundreds of wrecks scattered across Turkey’s seas but reminded that most of them did not pose a threat to maritime safety.
“No removal for those wrecks are needed as the depth they are resting at allows any ship passing above to move without any risk,” he said.
Over 50,000 vessels, including tankers carrying highly flammable oil, pass through the Bosporus, an S-shaped channel with sharp turns and changing currents that pose challenges for vessels and sailors every year.
Last Update: Dec 20, 2019 1:31 am
RELATED TOPICS